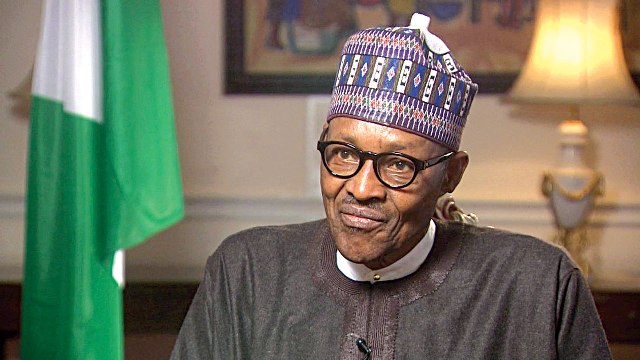 President Muhammadu Buhari has assured Nigerians that the activities of Boko Haram insurgents would soon become a history.

The President gave the assurance Thursday night when he hosted members of the Kannywood entertainment industry at the Presidential Villa, Abuja.

He said federal government would not allow any group hiding under religion to unleash terror on innocent citizens. The President, who spoke in Hausa language, said: “It’s totally wrong for any believer in God to kill innocent people either in the Mosque,

Church or the market place. “You can’t be shouting Allahu Akbar (Allah is Great), Allahu Akbar and killing innocent citizens and destroying properties all in the name of God.

“It is either you don’t know what you are saying or you don’t even believe in the existence of God Almighty. God has nothing to do with injustice. So, now we are confronting them and by the grace of God we will destroy them.”

“I will continue to hold former President Jonathan in high esteem as a result of that singular act. He was in power as Deputy Governor,

Governor (Bayelsa), Vice-President and President, all for about 10 years and he voluntarily accepted defeat and surrendered power to me,” Buhari said.

He also called on members of the Kannywood to use their talents in promoting the culture of peaceful co-existence and unity among the diverse socio-political groups in the country.

Also speaking, the Secretary to the Government of the Federation, Mr. Boss Mustapha, said the President had been guaranteed at least five million votes in the 2019 presidential election by the fans and followers of the entertainers.

He urged the entertainers to use their platforms in the social media in promoting the achievements of the present administration.The SGF also thanked the entertainers for the roles they played in 2015 which contributed immensely to the victory of the President, and called on them to repeat the same in 2019.

Representatives of the Kannywood entertainers, who spoke at the event, pledged to mobilise support for the president and other All. Progressives Congress (APC) candidates in the 2019 general elections.