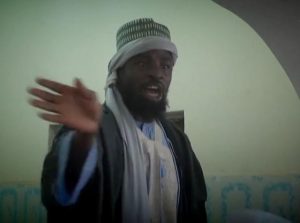 The leader of Boko Haram says hea��s still in control of an important territory that the Nigerian military says it has seized back from the extremist group.

In the 10-minute video released Wednesday, Abubakar Shekau says his militants werena��t defeated in the Sambisa forest of northeastern Nigeria.

Shekau tells the camera a�?if you have killed us, why are we still alive?a�?

At one point the head of Boko Haram calls himself a�?invinciblea�? and vows to continue his fight to establish an Islamic caliphate. At the very end though, he also makes clear: a�?I am tired of this calamity; it is better I die and go to rest in paradise.a�?

It wasna��t immediately clear when or where the video was made.