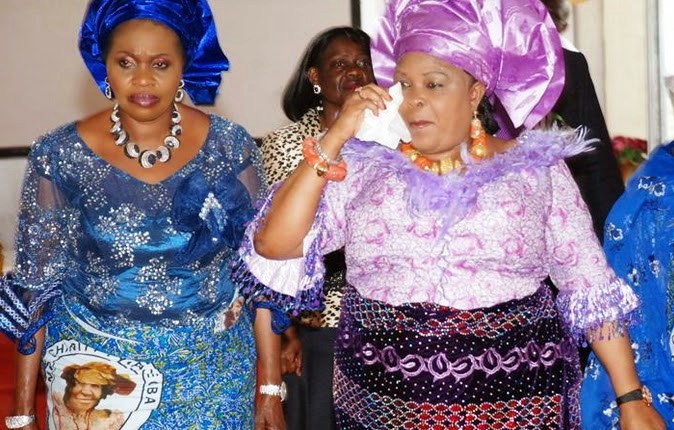 The Economic and Financial Crimes Commission on Monday urged the Federal High Court in Lagos not to unfreeze a Unity Bank account with a balance of N1,902,673,399.93 belonging to Hajiya Bola Shagaya.

The anti-graft agency claimed that the N1.9bn was the balance of a total of N3,305,150,000, which Shagaya received as a�?founder feesa�? on behalf of an organisation, a�?Women for Changea�? being spearheaded by a former First Lady, Mrs. Patience Jonathan.

The EFCC claimed that the N3.3bn was realised through Shagayaa��s a�?fraudulent activities in the Nigerian National Petroleum Corporation,a�? where she allegedly a�?influenced the fraudulent allocation of Dual Purpose kerosene to Index Petrolube Africa Ltd., with the aid of the former First Lady, Mrs. Dame Patience Jonathan.a�?

According to the EFCC, the N3.3bn was paid by Index Petrolube Africa Ltd. and its sister company, Autodex Nigeria Limited.

The two companies, it said, belong to one Honourable Ezeani ThankGod, adding that the reason for the N3.3bn payment was to a�?fraudulently facilitate Dual Purpose Kerosene to ThankGoda��s company, Index Petrolube Africa Ltd.a�?

The anti-graft agency claimed that out of the N3.3bn, Shagaya had a�?paid a cumulative sum of N1,212,000,000 to the former First Lady, Mrs. Dame Patience Jonathan, through her account, a�?Women for Change Initiativea�� account domiciled in Diamond Bank, to which the former First Lady is the sole signatory.a�?

It said after paying N1.2bn to Patience, Shagaya kept the balance of N1.9bn for herself by a�?warehousinga�? same in her personal bank account in Unity Bank.

The EFCC said it was on this basis that it secured an order of Justice Muslim Hassan of the Federal High Court in Lagos on December 29, 2016 to freeze the account.

It, therefore, begged Justice Oluremi Oguntoyinbo of the same court not to unfreeze Shagayaa��s account, so that Shagaya would not a�?use this honourable court as a shield against criminal investigation and prosecution.a�?

These were contained in a counter-affidavit filed by the EFCC in response to an originating summons filed by Shagaya, urging the court to give her access to her Unity Bank account, which had been frozen since December 29, 2016.

Shagaya, through her lawyer, Mr. Napoleon Emeaso-Nwachukwu, contended that she was not given fair hearing before Justice Muslim Hassan made the freezing order.

She urged Justice Oguntoyinbo to set Justice Hassana��s order aside by declaring it unconstitutional, null and void a�?as same violates the applicanta��s right to own movable property as guaranteed by Section 44(1)(k) of the I999 Constitution of Nigeria.a�? Punch

Church in Congo where they drink beer to cast out demons (PHOTOS, VIDEO)