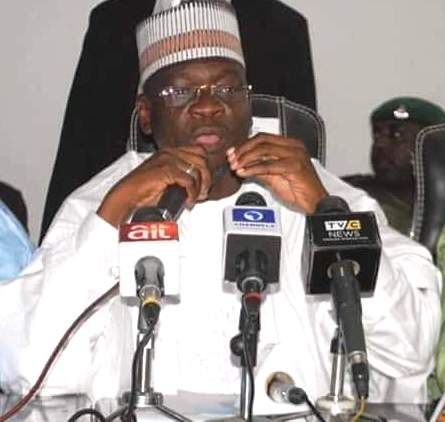 The Chairman of the ruling All Progressives Congress (APC) in Borno State, Hon. Ali Bukar Dalori yesterday enjoined people in the state, especially teaming supporters of his party to shun electoral violence and conduct themselves peacefully to ensure hitch -free and acceptable outcome of the forthcoming general elections in all the 27 Local Government Areas of the state.

Dalori who dismissed reports of existing factions within the rank and files of the ruling party in the state, insisted that, APC is one great family with unity of purpose to ensure that all its candidates from President Muhammadu Buhari to Councillorship emerged victorious in all the polls slated.

He stated this to newsmen on the preparations put in place by his party to witness free and fair elections across the state.

The Chairman while applauding the support and cooperation received from members of the party including highly placed individuals who defected from the opposition parties and joined the APC, insisted that his party will get no fewer than 90% votes in all the elective positions in the state.

He noted that the confidence he has for his party to garner 90% votes across all elections was as a results of the developmental strides, Governor Kashim Shettima and his cabinet were able to execute, especially reconstruction and rehabilitation of destroyed communities, provisions of potable drinking water, schools, hospitals/clinics, managing the Boko Haram crisis and creation of job opportunities in the last eight years.

His words: “As we approach the general elections, I want to use this medium to call on the people of Borno state, especially our teaming supporters in the APC to shun violence and conduct themselves peacefully to ensure hitch- free exercise.

” We in the ruling APC are peace -loving people, and I want to reiterate that we will not condone any act of electoral violence.

“We are members of one family with unity of purpose, and anybody who think there is any faction in the APC is only deceiving him/herself.

” We are working as a team, and believe you me, we are confident that APC will sweep all the elective positions in the state. We have done it before, and we would do it better this time around Insha Allah (by God Grace).

“I want to also dismiss some media reports that there was a clash between members of APC in Hawul Local Government Area, where it said, over 20 vehicles was destroyed when Governor Kashim Shettima led other leaders and supporters of our great party for Campaign tour/rally last week. This is not true as we had a smooth and peaceful rally not only in Hawul, but in all the Council areas visited in Southern Borno Senatorial District”. Dalori stated.

Meanwhile, the Nigeria Police has said that it has deployed over 14, 000 men from police and other sister security agencies to ensue hitch free general elections.

Speaking at the stakeholders meeting in preparations for the February and March 2019 elections , the Inspector General of Police, IGP Mohammed Adamu said “I urge you to cooperate with us to have a free, fair and clean elections “

The IGP who was represented by the DIG in- charge of Northeast election monitoring, DIG Usman Tilli ” i urge you to talk to your supporters, so that we will have free and fair elections.. Our traditional rulers we need you to enlighten your subjects against electoral violence.”

“When you cast your vote go home or sit and wait but no movement, because, if we found anybody moving without permission, he or she will be dealt with according to the law. Right now, i am going to Yobe state for similar mission.,” Tilli stated.

Also speaking, the Borno state commissioner of Police, Mr. damian Chukwu said the presence of the DIG, indicated the importance the IGP has for free, fair and successful elections.