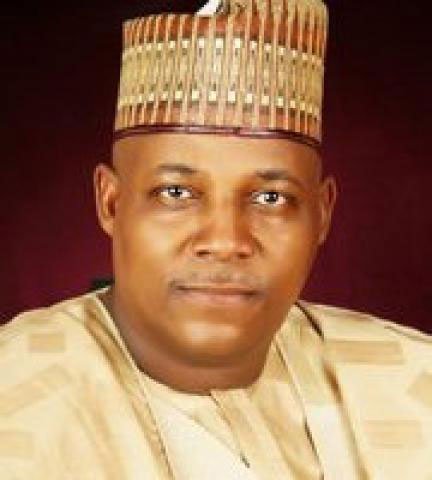 In a statement issued yesterday to newsmen in Maiduguri by the Commissioner for Home Affairs, Information and Culture, Dr Mohammed Bulama said that the state government decided to cancel the proposed historic anniversary for this year due to the fact that 22nd December 2017 falls on a Friday which coincidentally also fails under the 4-day free working days.

Bulama said other reasons include the Christmas Festival public holiday declared by the federal government and in order not to deny workers in Borno State, especially those who will celebrate Christmas the opportunity for them to enjoy the Christmas festival.

Similarly, he added that the state government does not want to deny those workers that were yet to withdraw heir December 2017 monthly salary payment from their respective banks while assuring that the sambisa forest public holiday , 22nd December will be strictly observed from 2018

However, it will be recalled that ‎Governor Shettima had in March, 2017 pronounced the declaration of 22nd December every year as Public Holiday to commemorate Sambisa Memorial Day when Nigerian Military took control of the Sambisa Forest on 22nd December, 2016.

“The purpose of this declaration is not only to give us a special opportunity to remember the victims of the Boko Haram terrorism as well as the members of the Nigerian Armed Forces, members of other security agencies and volunteers who lost their lives in the fight against the insurgents, but also to celebrate the strength and the victory of our gallant Armed Forces”, Bulama said.

The statement in quote read; “The decision to reconsider the declaration of the public holiday this year is singularly dictated by the desire of the Borno State Government not to impose avoidable and unnecessary hardship on workers and considering the importance of workers’ salaries to the economy of the State, the general citizenry by extension.

“While Government sincerely regrets whatever inconvenience this decision might have caused members of the general public, it wishes to assure Bornolites that this public holiday will be strictly observed from next year, 2018 Insha Allah. The Government wishes to use this opportunity to commiserate with all victims of the Boko Haram insurgency, especially the families of tens of thousands who lost their lives, including the families of our fallen heroes of the Armed Forces and Civilian JTF.

“His Excellency also implores on both the Islamic Ulamas and the Christian clergy to organize prayers for peace, harmony and prosperity to reign in our state, the rest of the north-east and Nigeria in general, and for the repose of the souls of all the victims of this ungodly insurgency and our fallen heroes. Borno State Government deeply appreciate and commend all members of the Armed Forces, other security agencies and members of the Civilian JTF for their gallantry and sacrifice in the war against terror, which, Insha Allah, will soon come to an end. Finally, the Government wishes ‎it’s concerned citizens Merry Christmas, and a meritorious New Year ahead,” Dr. Bulama said.

Measles: WHO set to boosts immunity of over 200 000 children in Borno