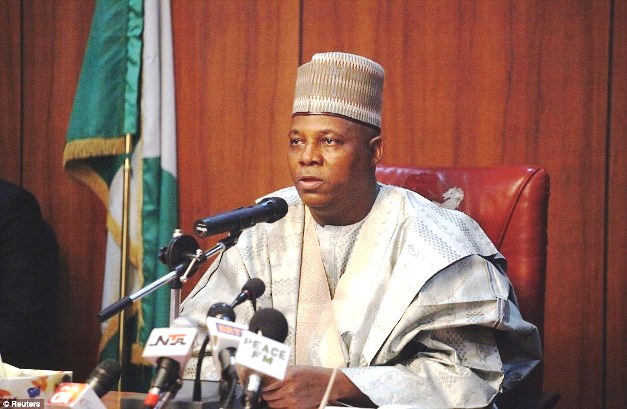 The State Chairman of the All Progressives Congress, APC, in Borno, Ali Bukar Dalori has commended Governor Kashim Shettima for creating an atmosphere of democratic freedom in which aspirants under APC were given their rights to obtain forms for the governorship and other seats as against previous practices of dictatorship where party members were denied freedom to aspire for positions. Dalori said it was the first time since 1999 that aspirants under a ruling party in Borno State were given such freedom.

In a statement emailed to journalists on Tuesday, the Chairman said the Governor resisted offers to immediately anoint a successor, opting for an open and liberal democratic process where persons with aspiration were not only allowed but even encouraged to obtain forms for expression of interest.

Dalori said that APC in Borno State is happy with its growing number of aspirants especially for the governorship in Borno State because the development has charged the political atmosphere in favour of the APC and in positive and peaceful manner.

The Chairman said that while all aspirants have rights to engage themselves in consultations and lawful negotiations ‎which are common with democracies, the APC in Borno State under the democratic leadership of Governor Kashim Shettima will continue its ongoing extensive consultation with all segments of people to gather views relating to the future of the State. He said with the level of overwhelming support t for the APC which makes an APC candidate the next Governor of the State, insha'Allah. Governor Shettima felt it was wrong for him alone to choose a successor without the party engaging with all segments.

Dalori assured all APC members that there is no course for alarm on the number of aspirants, rather party members should enjoy a moment of the party's growth in strong democratic culture which will make it more attractive to waiting voters. ‎He called on the members to pray for the party to produce the best candidates at all levels who will work to sustain, preserve and accelerate ongoing efforts towards the stability of the State.

The Chairman also reminded party members not to forget previous years when the APC and its leaders stood by them, urging them to reflect on their experiences in looking to the future.