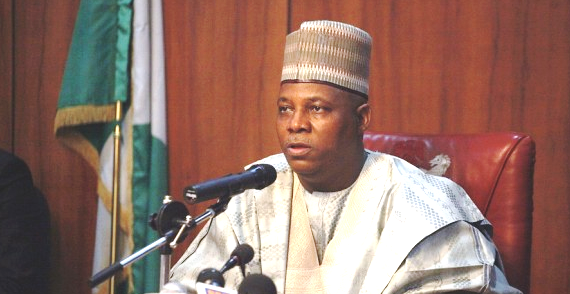 People of Southern Borno have called for the power shift or rotation of Borno State Governorship to the Southern part of the state.

The group also said no one from the Borno South senatorial district has ever been elected or appointed to rule the North East state since it’s creation and this has heightened agitation for the creation of Savannah, which seems not to be feasible as creation of more states in Nigeria have been rested.

The Chairman, Alhaji Ibrahim Usman of the Southern Borno Movement Summit, a group agitating for power shift from the Borno North and Borno Central to Borno South said while briefing newsmen Weekend at Barwee Luxury Hotel Maiduguri on the maiden Southern Borno Leadership Summit for Rotation of Power, said it has become unjust to keep the people of Borno South from being at the helm in the state.

The Movement lamented that since the creation of Borno state, the Governorship position has remained in the hands of other zones to the detriment of the southern part notwithstanding that they have sons and daughters capable of managing affairs of the state towards greater development.

The Chairman of the Movement, Ibrahim Usman who earlier addressed a press conference in Maiduguri in preparation for a-day submit to sensitize sons and daughters of southern Borno on the need to seek for highest political position in the state in the upcoming 2019 elections, said the era where the position of second fiddle is reserved for the southern Borno people is no more feasible, re-emphasising that the zone has all it takes to govern the state.

He acknowledged the performance of the previous administrations in the state, including the administration of Governor Kashim Shettima, but however, said that more needs to be done especially in the areas of education, health, infrastructure among others.

While commending both Borno state government and the Federal for doing their best in tackling the war against insurgency that affected the state, Usman pointed out that if the root cause of the Boko Haram insurgency is not addressed , nothing could be said to have been achieved.

He said for the state to return to its glorious past, there is need to produce leaders who don’t have penchant for accumulation of wealth.

“We in southern Borno want sense of inclusiveness, Justice and fairness through the zoning of power as is obtained at various political parties in other areas including federal level.

“This will promote unity and give room for equitable distribution of dividends of democracy to the people.

” We will no longer play the second fiddle role in Borno politics. We urge all political parties to the 2019 general elections to beam their searchlight to southern Borno through credible candidates that are numerous in our zones”, Usman added.

Anambra 2017: Time To Move From Voodooist Utterances To Issue And Governance Based Campaigns

22 thoughts on “Borno Governorship should be zoned to south, group demands”