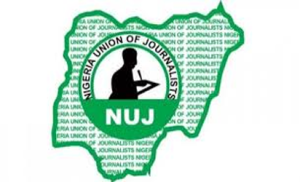 The Borno State chapter of Nigerian Union of Journalists (NUJ), yesterday, called on federal, state, and local governments as well as non-governmental organisations (NGOs) in the state to ensure full resettlement of Internally Displaced Persons (IDPs), returning to their communities.

The Secretary of the NUJ, Mallam Mohammed Ibrahim in a communiquA� said the State Council of the NUJ arising from a congress meeting held at the Press Centre Maiduguri yesterday, commended the state government for rebuilding public and private structures in Bama and other towns.

It further appealed for more psychosocial services by experts for returning IDPs to check resurfacing of traumatic experiences and called for continuous and proper care of the returnees by providing essential materials needed for a dignified resettlement.

The communiquA� called for provision of more centers for registration of new national identification card and continuous votera��s registration.

While appreciating the rebuilding of mega school infrastructures in the state capital, the Union called for provision of qualified teachers to man the schools.

LAUNCHED: One Website Where You Can Know All About 2019 Election Candidates