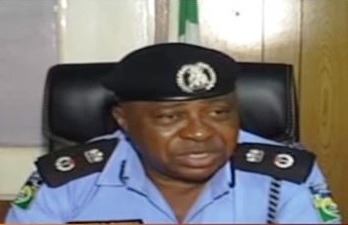 The Borno Police Command has commenced investigation into two cases of killing suspected to be if rituals in Maiduguri.

The state Commissioner of Police, CP Damian Chukwu, made this known to the newsmen in Maiduguri yesterday.

He said already police detectives were probing what he described as two isolated cases of the killings of a young lady in a hotel about a month ago and the recent forceful removal of the eye of a 58-year-old man with mental problem in Maiduguri metropolis for suspected ritual.

The CP noted that the lady was found murdered with her throat cut off in a hotel room in Maiduguri.

“It is not that the cases usually happen. These two cases are isolated incidents,” Chukwu said.

He further explained that residents of 202 Housing Estate in Maiduguri were yet to recover from the shock after the brutal removal of the eyes of the man believed to be an Internally Displaced Person (IDP) within their neighbourhood.

It will be recalled that the incident occurred on Thursday, May 10, less than 24 hours after the lifeless body of a seven-year-old girl (name witheld) was found at Mairi ward in the metropolis.

Babakura Goni, a road petty trade within the estate told newsmen that the victim was pinned down by suspected ritualists before gorging out his eyes with sharp object.

“We saw the man screaming helplessly with no one to come to his aid. We tried our best to know his name or where he came from to enable us reach out to his families but to no avail.”

Women Group Begs US To Save Nigerian Women, Children From Boko Haram, ISWAP

Oshiomhole To APC Reps: If You Want To Go To PDP, Go!