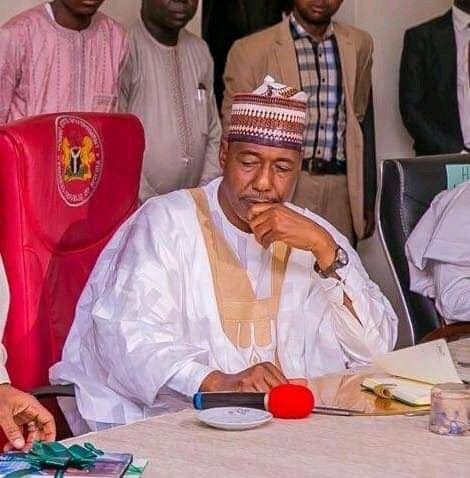 The Governor of Borno State, Prof Babagana Umara Zulum Thursda has declared that henceforth, coque iphone xr nike transparente Borno State Government will lead the processes, monitoriing, managing and coordinating all the activities of the non- governmental organizations (NGOs) in the state in their quest to assist in addressing security challenges in the state.

Professor Babagana added that government has also planned to take in close consultation with the UN and other stakeholders in establishing a one stop unit to deal with the challenges faced by the international agencies and to equally address the nature of collaboration by our partners to deliver the required result.

The governor was also full of gratitude and appreciation to the UN and her Agencies for their commitment and show of solidarity and unflinching support to bring back peace and stability in the region.

He added that the time to test a leader is in times of problems while true test of friendship is in the moment of challenges.

According to Prof. Zulun Borno state had a colossal loss in terms of houses, livelihoods and even part of our peace during the insurgency such that people were pushed away from their original places of abode and become IDPs in their own land resulting to lack of access to farmlands, the mainstay of our economy.

He also thanked them for their support which comes in various forms like grants, technical skills, advice and expertise that has brought temporary and medium term succour to the state.

He said,’ “The gaps filled through your support, has strengthen government’s capacity.”

Zulum noted that his 10 point agenda is fully committed to reform the civil service and bring back efficiency, reliable service delivery and strengthen the faith of the civil servants and to tackle the issue of unemployment.

He added that the present administration intended to focus on education, job creation, coque disney 8 plus iphone investment, social security governance among others.

Earlier in his remark the Deputy Humanitarian Coordinator of UN, coque iphone 7 rossi Mr Yassine Gaba, coque chat iphone 6 thanked the governor and told him that they were in Maiduguri as international communities to register their support and cooperation to the government of Borno State, iphone x coque avec support north east and Nigeria as a whole.

11 thoughts on “Borno State Government To Monitor, Manage, Operations Of Ngos In The State”