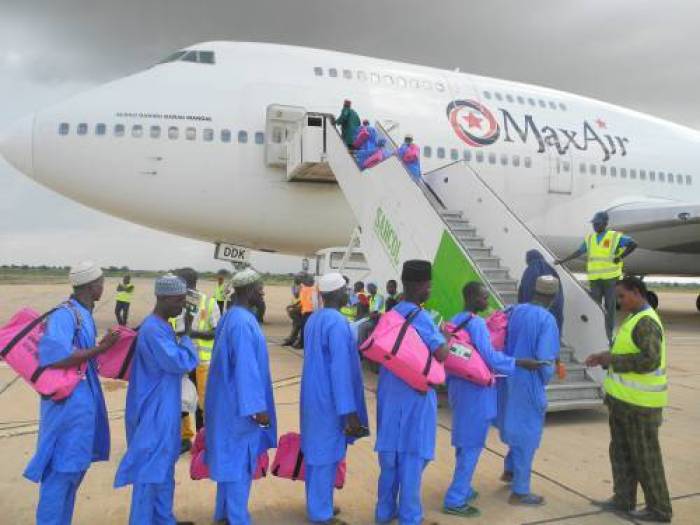 The last batch of intending pilgrims from Borno state are about to take off in the fourth flight schedule from the Maiduguri international airport to Medina Saudi Arabia Monday afternoon.

Those on board the Max 747 airline include 102 officials and other pilgrims from Borno state.

According to statistics from the Borno State Pilgrims Welfare Board, the last flight brings the total number of pilgrims from the state to 1723.

Executive Secretary of the Board Dr Mustapha Ali said pilgrims are expected to stay in the holy land of Saudi Arabia for about 30 days and noted that although some challenges were encountered during airlift of the passengers however they have achieved their mandate.

Out of the four flights, he added one landed in Jedda while two landed in Madina as same is expected for the last one.

I Fell Out With Saraki, Others For Supporting Buhari – Ndume

29 thoughts on “Borno State Pilgrims Welfare Board (BSPWB) Airlift 102 Last Batch of 2019 Intending Pilgrims . A Total of1,723 Pilgrims From Borno in Four Batches”