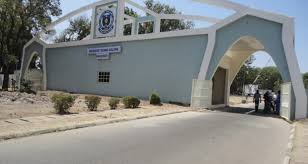 All is set for the immediate take-off of Borno State owned University and commencement of admission and lectures which has been under construction in the past 5 years of the present administration of Governor Kashim Shettima with the appointment of a Vice Chancellor and Deputy Vice Chancellors as well as top management staff of the new varsity.

A statement issued by the Borno State Commissioner for Higher Education, Dr. Abubakar Hassan Saturday said the Borno State Executive Council (SEC) under the Chairmanship of Governor Kashim Shetttma has approved the appointment of key principal officers and essential staff to the Borno State University Maiduguri in line with the established law of the University.

Others include, Zanna Mustapha Kashim as Registrar, Adamu Salisu as Bursar, Abba Buba as Librarian, Engineer Mohammed Habib as Director of Works, Physical Planning and Development, Yusuf B. Yari as Chief Security Officer and Madu Tasiwa Mshelia as Internal Auditor.

It will be recalled that the governor has severally made it known that the university will not commence from.a temporary site but its permanent site located at Jimtilo area of Maiduguri city at the outskirts of the Maiduguri metropolis where new edifice and beautiful permanent structures are being biult.

Buildings that have been constructed and completed by the state government for the institution include 5 faculty building complexes, Senate complex, administration block complex, theater halls, lecture halls, classrooms, offices, departmental libraries, laboratories and an entrepreneurship training center and ICT complex which was built and donated by Zenith Bank plc

Others include shopping complex,, drilling of boreholes and mounting of large and big overhead tank in addition to Mothercat reservoir, provision of electricity through the national grid and standby generating sets, road network and drainage system, interlocking among others.

While foundations have been laid for additional staff quartets and students hostels as well as other facilities and amenities to make it a full functional tertiary institution owned by the state government to cater for the educational needs of Borno State indigenes, particularly, those who could not be enbale to secure admission into other teriiarry institutions within and outside the state by way of bridging the gap and complement the efforts of the University of Maiduguri owned by the federal government in the state which has been over streicthed.

Education Reform Can No Longer be “Business as Usual", Says Saraki