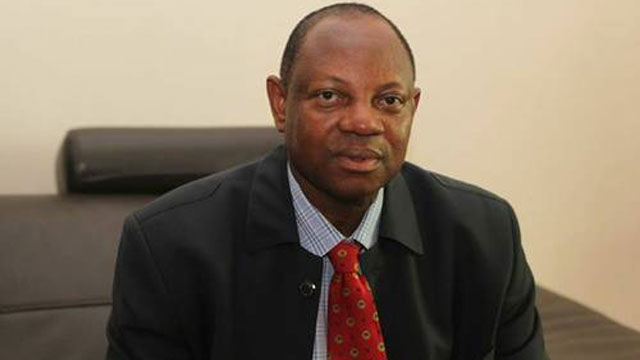 Mrs Ibinye Boroh, Wife of the former Coordinator, Presidential Amnesty Programme (PAP), Brig.-Gen. Paul Boroh (rtd), has debunked the rumour in the social media that $9m was recovered from their house.

Boroh confirmed to newsmen on Wednesday in Abuja that the Economic and Financial Crime Commission (EFCC) operatives had on Monday searched their residence and found no money.

a�?My attention has been drawn to the publication in some section of the Nigerian media and social media that $9 million was recovered by the government operatives from our house and premises in the course of their search.

a�?This is to inform the public that no cash was discovered and could have been discovered by government operatives during their search in our house last Monday, March 19.

a�?The publication was fabricated, it was false in its entirety, malicious and calculated attempt to mislead the public,a�? she said.

She, however, urged the media organisations that published the false report to retract the publication as it was an embarrassment to the family.

Also, Counsel to the Boroha��s family, Chief Olusola Oke (SAN) told newsmen in Abuja that the publication was totally false, misleading and defamatory.

He called on media organisations that published the story to retract it within the next 48 hours or face further legal actions.

According to Oke, the EFCC confirmed to him that such information was never conveyed to any media organisation.

a�?This publication is totally false without basis; ita��s a fabrication that has disparaged my client greatly.

a�?No such sum or any sum of money was found by the operatives after their extensive search on his house and premises.

a�?We want to believe that this is a story planted with the involvement of the social media as a veritable weapon to convey this defamatory statement to the public.

a�?But because we dona��t want to insinuate malice thata��s why we are speaking to the newsmen, that this information is not correct and it is defaming to our client.

a�?We are calling on all media organisations that published the false news to retract in the next 48 hours, if not we will take further legal steps but if they have evidence that it is true they should come forward and justify it to the public,a�? Oke said.

The lawyer said that the ongoing investigation on Boroh was welcomed but defamation from any source would not be tolerated.

Boroh, who was also the special adviser on Niger Delta Affairs to President Muhammadu Buhari was relieved of his duties on Tuesday and is under investigation by the EFCC.

Obasanjo to presidency: Nepotism is corruption

25 thoughts on “Boroh’s wife: No cash was recovered from our house”