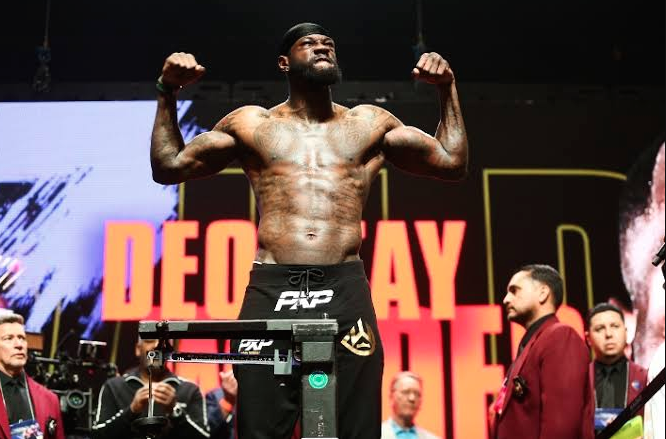 Wilder lost to Fury in an ignominious manner in February with (42-1-1, 41 KOs) after seven rounds which made the British Boxer, Fury emerge the winner of the rematch with Wilder.

Speaking on a podcast to PBC, Wilder said “You don’t go backward. You go on the hunt. That night, I wasn’t myself. I felt like a zombie. There’s a lot of things I really can’t say. I can only get stronger and learn from the situation to get better. It’s not over. In my eyes, I don’t see Fury as a champion. It’s still going. He ain’t the champion yet”

Wilder also stated that he’s not done yet with Fury, “He [Fury] should look forward to it. Don’t worry if I’m going to take it or not. He should just look forward to seeing me when it’s time.”

It remains to be seen whether the third bout will happen between the two juggernauts based on the look of things as per the Coronavirus crisis and the permutations on ground.

19 thoughts on “Boxing: Deontay Wilder: Fury Is Not A Champion Yet”