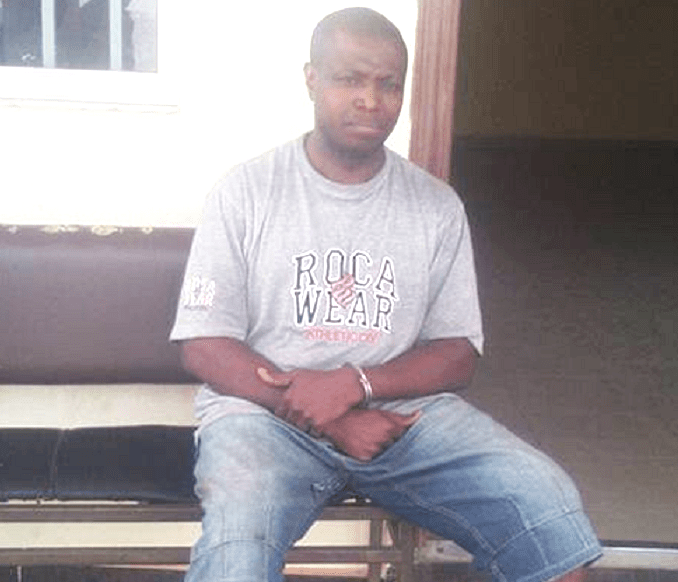 Abuja High Court on Tuesday ordered immediate release of Tim Elombah an Editor of Elombah. Com who was arrested with his brothers .

Justice Ajoke in her ruling directed Nigerian Police to release Tim Elombah within 24 hours with a condition of one reasonable surety with N500,000 in like sum.

The court took the decision following a suit on a fundamental Right Application and N1 billion damages against Inspector General of Police, Ibrahim Idris and the Police.

It could be recalled that about the 1st day of January, 2018, the Inspector-General of Police, Ibrahim Idris, caused the men and officers of the Federal Special Anti-Robbery Squad to invade the family compound of our clients in Edoji, Uruagu Nnewi, Anambra State.

Six persons (including our clients) were arrested, handcuffed like common criminals and driven to the SARS office in Nnewi. They were subsequently taken to the SARS headquarters in Awkuzu, near Awka. Up till this point, our clients were not informed of the reason(s) for their arrests.

It was at SARS headquarters in Awkuzu that our clients were handed over to other armed officers who identified themselves as being from Special Tactical Squad, S.T.S, a team that works directly in the office of the Inspector-General of Police, Mr. Ibrahim Idris. Our clients and one Izuchukwu Elombah were then taken all the way by road (and in handcuffs) to Abuja.

It was in Abuja that the officers then subjected our clients to hours of grueling interrogation regarding an article published in another blog called opinionnigeria.com, titled a�?IGP Ibrahim Idrisa��s Unending Baggage of Controversiesa�?. The article in question was not published by our clientsa�� blog, Elombah.com, and our clients denied any link to the author, one Ebiowei Dickson. Daniel and Izuchukwu Elombah were eventually released on bail, but have been made to report constantly since then.

However, the Police got a Remand Order to detain Tim for seven days which expired more than a week ago and the Police are still holding Tim illegally. We now understand that the Police have prepared a Charge against our clients and they would soon be arraigned.

Your Excellency, it is shocking and alarming, to say the least, that the Inspector-General of Police deployed the officers and men of special police squads like SARS and STS, which are established to fight serious and violent crimes, to settle a purely private grievance with on-line journalists. If at all an offence was committed by the said published article (which is not conceded) a simple civil invitation to our clients would have sufficed. But to use such strong-arm tactics to reign in our clients was a gross abuse of his office and an employment of stone-age tactics in pursuing his personal grievance.