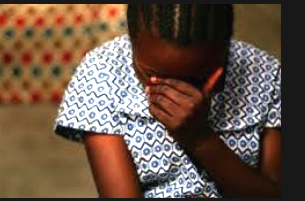 The British Council, through the support of the European Union (EU) Rule of Law and Anti-Corruption (RoLAC) Programme, has trained a group of social workers and counsellors as well as medical personnel in the Federal Capital Territory (FCT) on sexual trauma counselling and forensic medical examination and documentation.

The five-day training was aimed at building capacity and competence of social workers and counsellors and medical personnel to provide professional assistance to victims of sexual assault in the Sexual Assault and Referral Centres that will soon be established in the FCT and Edo States.

The Programme Manager of Rule of Law and Anti-Corruption (RoLAC), Danladi Plang said the services to be provided will enable the victims to overcome the trauma of their experiences and move forward to live meaningful life.

He said the training would also enhance prospects for the prosecution and conviction of perpetrators by gathering relevant evidence providing professional documentation.

Plang said “In Nigeria, victims of sexual violence are often discriminated against and discouraged from reporting cases of rape due to the social stigma attached to being a victim.”

“And even in the event of willingness to report, it is discovered that they do not know how to report sexual violence and who or where to turn for support.

“As a result, many victims neither receive the support they need to deal with the experience, nor seek justice through the legal system.”

He added that the Sexual Assault and Refferal Centres (SARCs) are victim-focused facilities that provide immediate medical treatment, counselling and follow up support to survivors of sexual assault, including support for their initial engagement with the legal system if the victim desires.

According to him “The services that a SARC provides, rests upon the availability of trained social workers and counsellors; and medical personnel that are competent to deliver professional counselling and medical services to victims of sexual assault.

“The RoLAC supported training is therefore tailored to meet the needs of personnel that will work in the SARCs to be established on the FCT and Edo State to support victims of rape and sexual assault.”

Plang explained that the Rule of Law and Anti-Corruption (RoLAC) Programme is funded by the European Union under the 11th EDF; and it is being implemented by the British Council in five states in Nigeria – Kano, Lagos, Anambra, Edo and Adamawa and at the Federal level.

He said the programme aims to enhance good governance in Nigeria by contributing to the strengthening of the rule of law, to curbing corruption and to reducing impunity; through support to criminal justice and anti- corruption reform and supporting initiatives to enhance access to justice for women, children and persons with disabilities.