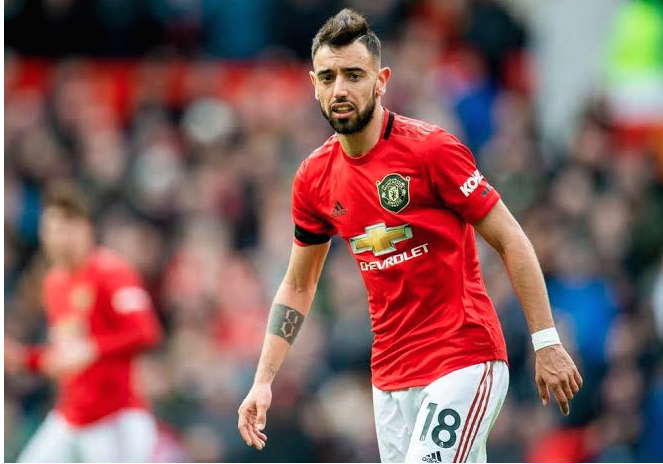 The Portuguese international joined the club from Sporting Lisbon in the January transfer window and he has been impressive, churning out exceptional performances in the heart of the midfield.

Fernandes won three man of the match awards in February, he contributed two goals and two assists in five matches.

Bruno topped the poll with 80 per cent of the votes followed by Anthony Martial with 14 per cent and Luke Shaw six per cent.

Similarly, Manchester United legend Paul Scholes has hailed the impact of Bruno Fernandes and he believes Paul Pogba will find it difficult to win his place back in the team.

“He feeds good players around him. You think of good teams in the past and all of them have that link between the midfield and the attack.

“It’s early days and we don’t want to get too carried away but he just looks that type of player who can knit a full attack together.”

“I think it would be tough for Pogba to get in this team at the moment.”

Why Chelsea has no regrets over Salah, De Bruyne and Lukaku, they didn't do enough: John TerryTerry