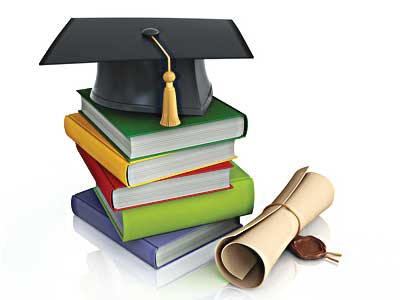 My worries about the several months of delay in passing the 2018 Budget of Consolidation were abated as the Senate finally approved it on Wednesday, 16thMay. But my heart turned to jelly as I read the breakdown of the budget.

I became fearful, not only because of the fiscal deficit of N1,954,464,993,775 and a deficit to GDP of -1.73 per cent, and the feeble plan for revenue generation, but because of Nigeria’s usual way of ‘shifting the deckchairs on the Titanic’. It is becoming increasingly disgusting how the leadership of the country pays less attention to core indices of national development such as education, health, human empowerment, security, but keeps the tabs on those areas that do not directly impact the lot of the citizens.

Of the total amount passed by the Senate – N9,120,334,988,225, N2.873 trillion was budgeted for capital expenditure. The Federal ministry of power, works and housing got the highest allocation of N682.309 billion, followed by transportation which received N251.420 billion; N157.715 billion for defence; N149.198 billion for agriculture and rural development; N147.200 billion for water resources and N102.907 billion for education while N150 billion was allotted to capital special intervention programme. The breakdown also showed that the National Assembly got N139.5 billion and the National Judicial Council got N110 billion.

While we thank the senate for increasing the budgetary allocation for education from the N61.73 billion proposed by the executive to N102.907, the amount is without doubt meagre considering the crucial role of education in the development of any people and country. Till date, no government in Nigeria has ever raised the allocation for education to 20% as recommended by the United Nations Educational, Scientific and Cultural Organization (UNESCO). Sadly, there has been a consistent decline in the value the government has placed on education since the beginning of democratic rule.

Speaking at the Abubakar Tafawa Balewa Stadium, Bauchi, President Muhammadu Buhari said, “Now, look at the farmers/herdsmen’s clashes in the northern part of this country. I have been telling people that if I had not gone to school, I would not have gone into the military and where I come from since my cows are finished; maybe, I would have been involved in this fight.

“You should strive hard and be educated, get the education that will benefit you and the society, it is not compulsory that government will give you what to do.”

In other words, Buhari himself acknowledged the role of education in the transformation of the mind, patriotism and national peace. Yet, he allocated just a meagre 7% of the total proposed budget for the sector.

Meanwhile, highlighting the poor state of education in most commonwealth countries in an op-ed, Jakaya Kikwete and Ngozi Okonjo-Iweala, a former Minister of Finance in the country, write, “The situation is particularly worrisome in Nigeria, where nearly nine million primary-school-age children are not enrolled, and millions more – especially girls – are denied access to secondary education. Educational opportunities are also highly unevenly distributed between the richest and poorest Commonwealth countries, while gender discrimination plagues many states.

“If current trends continue, by the year 2030 – the deadline for meeting the 17 United Nations Sustainable Development Goals – more than 70% of children in Commonwealth countries will be failing reading and math. This would represent more than half of the total number of young people expected to lack the skills needed to succeed in the twenty-first-century job market.”

Understanding the elevated position of education in attaining national peace and development, Okonjo-Iweala as Finance Minister in 2015 allotted the lion’s share to education. Of the total N4.493 trillion approved fiscal expenditure in 2015, education received the highest sum of N392,363,784,654. This is an example of a leadership that knows the place of education, making it a priority for the holistic growth and development of the human capital and, ultimately, national output.

In conclusion, Aliko Dangote, speaking about International Finance Facility for Education (IFFEd) and the importance of education said, “As an industrialist, inclusive and quality education opens the door to development and growth.” Therefore, Nigeria must rise to the challenge and become more proactive and innovative in education financing.

Uwa Eghomeka is a teacher and budding writer who resides in the ancient city of Benin.

Akeredolu: The Making of a Modern Philosopher King

The Reign Of Extrajudicial Killings By Police Officers In Nigeria

7 thoughts on “Budget and the Paltry Allocation for Education 2018”