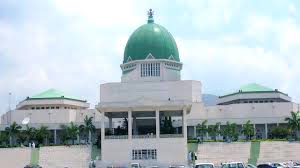 The recent budget insertion of thirty-seven billion naira by the National Assembly for its renovation is extremely insensitive and cruel to say the least. Given the fact that this is coming at a time when the economy is at its lowest ebb, it is extremely tragic that our law makers cannot spare a thought for the wobbling economy before embarking on such a shameful course of action.

Education and health – two critical sectors of the any functional economy still receive a miniscule funding of the budget especially the recent 9.45 trillion naira budget recently signed into law by President Muhammadu Buhari. A breakdown of the health budgets of both countries showed that Ghana, a country of 28.21 million, provided about 156.77 cedis (N12,541.22) per citizen, while Nigeria, then estimated to have a population of 186 million, allocated approximately N1,832.62 for each citizen.

This is coming at a time when the world’s wealth is fast moving from natural resources to human capital development. One wonders how Nigeria – the ‘Giant of Africa’ is preparing herself for the unexpected transition. The education budget falls far short of the recommended twenty-six percent by the United Nations Educational Scientific and Cultural Organization (UNESCO). The knowledge economy is as real as air. India makes billions of dollars annually from information technology services being outsourced to her country from the western world. This was as a result of the visionary leadership of the leaders who foresaw the implosion of information technology and prepared the majority of her citizens to take advantage of it and earn good money without having to physically leave the country. The west is attracted to her good services and cheaper costs when compared to what they pay to their citizens and have found a haven in the world’s second largest country for IT services. India also makes a fortune yearly through its healthcare services as she welcomes millions of medical tourists who throng the country in search of cheaper but highly efficient medical services. It is instructive to note that many of these tourists come from the United States of America who left the world’s most developed country to India because of the extremely expensive costs because of the capitalist set up which controls the healthcare sector. Cuba used to make most of her revenue from its sugarcane exports but that is now history because of her massive investments in its healthcare and education. She now makes the bulk of her revenue from the exportation of medical doctors to about seventy-seven countries of the world. What is Nigeria doing to adapt to the new global reality as the price of crude oil continues to drop in the international oil market. Asides this, the demand for oil is also dropping as there is a shift towards the use of electric cars which is more environmental friendly in view of climate change that is fast sweeping the world. Many countries are now phasing out cars powered by fossil fuels in favour of electric cars. Where does this leave Nigeria that has refused to diversify her mono economy? Saudi Arabia recently set up a fund to be managed by consulting giant, Mckinsey to diversify her economy from oil reliance.

Our healthcare sector is in great shambles as misdiagnoses greatly accounts for numerous deaths across the country. Our doctors are fleeing the country in droves as they face repression and economic hardship in the land of their birth no thanks to the extremely harsh conditions of working in the ‘oil rich’ state. The Late General Sani Abacha once said that our hospitals were mere consulting clinics after the Shehu Shagari government of the Second Republic was unceremoniously toppled but in retrospect, the clinics have fast deteriorated from consulting clinics to death chambers as many patients die from avoidable ailments.

These aforementioned two sectors didn’t elicit any response from our lawmakers before they gave themselves the huge renovation allocation. How insensitive!

The miniscule thirty thousand naira minimum wage which cannot even take a family of three home is yet to be paid by many of our state governors and our law makers do not seem concerned one bit. They have never been known to pile pressure on the governors to make the state overlords perform their constitutionally backed duties. They simply don’t give a damn about the people they are supposed to act as their elected representatives.

The National Assembly should immediately rescind this decision as it is extremely anti-people and in bad taste especially when we have been declared the poverty capital of the world recently. This complex was built at less than eleven billion naira barely two decades ago and the huge cost is simply unacceptable.

Civil society groups should come out in droves to protest this law that is repugnant to equity, good conscience and justice.

This impunity must cease!
Tony Ademiluyi writes from Lagos and edits www.africanbard.com

28 thoughts on “Budget Renovation of Shame”