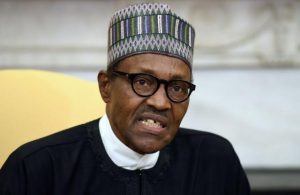 President Muhammadu Buhari has challenged Nigerians to rise above personal, group, sectarian and other primordial interests, and promote harmony and tolerance in dealing with one another at all times.

Malam Garba Shehu, the President’s Senior Special Assistant on Media and Publicity in a statement in Abuja on Monday, said the President gave the challenge in his Sallah message to the nation.

President Buhari urged all Muslims to use the occasion for sober reflection and self-examination, and strive to be good ambassadors of their religion by upholding high moral values.

He reminded Muslims that “this felicitous occasion of  Eid-ul-Adha  is a remembrance of the submission of Prophet Ibrahim Allaihis-Salam to Allah, his Creator, by which he taught the world the value of sacrifice in relating with one another, and when it comes to nation-building.”

“We must sacrifice for others and remember always those who are less fortunate than ourselves,” the President declared.

He further explained that religion was a major factor in influencing human behaviour towards good conduct and actions.

He, however, regretted that selfishness, greed and corruption had overwhelmed human souls to the extent that people abandoned their religious beliefs in pursuit of their greed.

President Buhari stressed, “fighting corruption is a task that must be done in order to protect the larger interests of the ordinary Nigerians, who are the worst victims of diseases, poverty, malnutrition and other afflictions.”

According to him, surrendering to corruption is not an option because it destroys society and progress of nations.

“Even if some people hate you for fighting corruption, you should not chicken out from the task as a leader because doing so is a betrayal of public trust,” he maintained.

On the current economic challenges facing Nigerians, Mr President reassured that such problems would soon be history because the welfare of the people was the main thrust of the change agenda of the administration.

President Buhari cited the many initiatives unfolded by the administration under the Social Investment Programme (SIP) among which was the recent decision to distribute recovered stolen funds to the poor against the past practices of re-looting such funds by some people in authority.

The News Agency of Nigeria (NAN) reports that President Buhari will be spending his Sallah break at the his country home, Daura, Katsina state.

VIDEO: We'd Be Fools If We Let Buhari Deceive Us The Second Time, Says Obasanjo