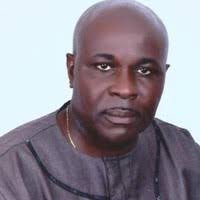 President Muhammadu Buhari has been getting raps for asserting that his government would continue to place the nation’s security and national interests above the rule of law. He reportedly argued that the individual rights of suspected offenders would not be spared when national and public interests are threatened. According to him, “Rule of Law must be subject to the supremacy of the nation’s security and national interest”. Buhari claimed that his government took the position on the basis of subsisting decisions of the Supreme Court. He made the declaration while flagging off the 2018 Annual General Conference of the Nigerian Bar Association in Abuja on August 26 2018.

There are several nuanced issues involved in Buhari’s remarks which are lost by the simplistic condemnation of what he said and the even more unrealistic defence of his posture:

One, Buhari was not wrong when he asserted that individual rights could be abridged in defence of either national interest or national security. Across the world this has been the trend since the emergence of cyber crimes and terrorism altered the traditional balance between civil liberties and the tools used in maintaining the imperatives of national security/national interest. In the Western world, libertarians – streams of thoughts which support the supremacy of individual rights and personal freedoms over any kind of authority – have been bemoaning the rapid erosion of civil liberties in the name of fighting terrorism or perceived new security threats. Buhari confused issues by framing it as a tension between the ‘rule of law’ and ‘national interest’/ ‘national security’ rather than as a tension between national security/national interest and civil rights. They are not quite the same. This is because even when a government decides to abridge people’s civil liberties – freedom of religion, freedom of speech, freedom of the press, freedom of assembly etc, such abridgements are legitimated by extant laws. For instance since the terrorist attack in the USA on September 11, 2001, the U.S. government has sought to enhance security by re- calibrating the balance between security and civil liberties. A good example here is the USA PATRIOT Ac (October 26 2001) which gives investigators (such as the FBI) the authority to use new surveillance techniques such as Internet and phone surveillance and the power to conduct ‘sneak and peek’ searches in which officials can search a suspect’s property, informing the individual whose property was searched only after the investigation. There are also ‘obnoxious’ investigative techniques like ‘mosque counting’ where the FBI uses the number of mosques in an area to help determine how many search warrants and wiretaps should be issued.

Two, when Buhari made the statement about subordinating the law to what he called ‘national interest’ and ‘national security’ he forgot that there is a deep-rooted distrust of governments across the world. By talking of subordinating the law to national security, he gave the impression of arbitrary rule, which is quite dangerous – and probably not what he meant. All over the world there is an intense suspicion of government, which is why Western countries do not joke with their democracies because they believe their personal liberties are bulwarks against any arbitrariness by the government. Apart from the natural distrust of government, Buhari comes with a huge baggage: his military rule was the most draconian in the country’s political history – apart from Abacha’s. Though Buhari claims he is now a born again democrat, many remain suspicious of his democratic credentials while some see authoritarian impulses and nostalgia for his dictatorial past in most of his political actions. In this sense, Buhari’s declaration that he would trample on civil liberties in protection of national interest or national security at the NBA Conference, however well-intentioned, is undermined by his own personal antecedents and also by suspicions that he was merely trying to justify the continued detention of Sambo Dasuki and others – despite several court rulings granting them bail. This is may therefore be one of the instances when many people will argue that the messenger is the message.

Three, when a leader with questionable democratic credentials makes remarks such as the above and employed three very vague concepts, he opens his discourse to different deconstructions. Buhari employed three key concepts that are emotionally appealing but very elastic in their meanings. The first is ‘rule of law’. What does it really mean? Simply put the rule of law is the authority and influence of law in the society especially when viewed as a constraint on individual and institutional behaviour. Though the use of the phrase had its origin in the 16th century Britain, the Scottish theologian Samuel Rutherford used it in the 17th century when he was arguing against the divine rights of kings. But does the existence of a law tell us anything about the fairness and justness of that law? For instance is a law that prevents people from hawking on the streets fair because it applies equally to rich and poor or does it embody inherent class discrimination?

Another vague concept used by Buhari was ‘National Interest’, a key concept in International Relations, which carries a meaning according to the context in which it is used. Often used to mean the totality of a country’s goals and ambitions, it is a very elastic concept that can be used to justify any action from war of aggression to neutrality and pacifism. It is instructive that Hitler justified expansionist policies in the name of “German national interests.”In the same vein, during the Russian intervention in Afghanistan (1979-89) the same nebulous ‘national interest’ was used to justify it.

Another vague concept used by Buhari was ‘national security’. Traditionally ‘national security’ is used to refer to the protection of the state from military attack but security is now widely understood to include non-military dimensions such as food security, economic security, energy security, environmental security etc. In fact the United Nations Development Programme’s 1994 Human Development Report developed a new paradigm for understanding national security, in which the individual rather than the state is made the proper referent for security. But critics have also argued that security seen in this way has become so elastic that anything that threatens a person’s happiness such as inability to get a wife or husband could become a security issue.

So when Buhari talked about the rule of law being trampled for national security, what precisely did he have in mind?

Four, society is dynamic and the tools used in managing it must constantly strive to meet with the changing challenges. This obviously means that new security threats call for new tools for dealing with them, and the new tools may affect the traditional balance between civil liberties and the imperatives of national interest and national security. This is why many libertarians have shifted grounds from oppositions to some ‘draconian’ laws that abridge civil rights to conversations on how they can be implemented without substantially threatening people’s fundamental rights. Some of the measures often proposed as a way of resolving the tension include an insistence that investigation and prosecution of suspects must be conducted in ways that are consistent with the fundamental principles of the country’s justice system (i.e. rule of law), respect to due process and right to counsel and an insistence that the political system must remain open and free with citizens able to challenge any trampling of their rights in law courts. Other proposals include that when a government seeks to derogate from existing civil rights, at a minimum, it must convince the general public of the need for such measures. For instance it is not enough to tell us that Dasuki was denied bail on national security, it behoves on the government to justify how that disregard of the rule of law services national security. Many libertarians also propose maintaining longstanding commitment to the constitutional principle of due process for citizens and non-citizens alike through such measures as opposing indefinite detention of suspects, opposing government directives permitting surveillance of attorney-client communications without demonstration of probable cause to believe that such communications will be used to perpetrate criminal activity and opposing administrative rulings that designate citizens as ‘enemy combatants’ and thus not entitled to the full range of due process rights.

Accuser Of The Bretheren

ibadan To Lokoja And The Swarms Of Security Agents.

Video: The Solution To Nigeria's Problems