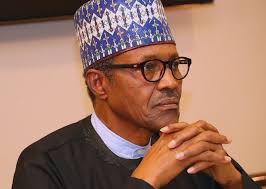 “…..History never dies and the truth is always constant.”. – Author.

For the avoidance of doubt the following are the legacies of retired General Mohamadu Buhari as the maximum ruler of Nigeria between 1983 and 1985 and as the Executive President of Nigeria since 2015. All of these atrocities are in public domain, but it is important that once again, they are recorded for history.

1. Buhari’s overthrowing of the National Party of Nigeria (NPN) in 1983 was to checkmate the possible angst against the ruling oligarchy who are of his ethnic stock and keep the rest of Nigeria in bondage

2. To prove that Buhari’s objective was to protect his Hausa/Fulani oligarchy to the detriment of other ethnic nationalities in Nigeria, he dealt with politicians from his part of the country with “glove hands” and gave politicians of other regions “bare knuckles.” The following are examples:

a) He detained President Shehu Shagari in a guest House and remanded Dr. Alex Ekwueme, the Vice President in Kirikiri Maximum Prisons. Yet, they were both the leaders of the NPN led government that has just been overthrown. What offence could have Ekwueme committed that Shagari could not have done worse?

b) Buhari sent his goons to ransack the home of Chief Obafemi Awolowo. This was aimed at insulting the sensibilities of the Yoruba Nation by disrespecting and embarrassing their Hero and Liberator from poverty and want. Chief Awolowo was not a member of the party in power that has just been overthrown. He was not in government at any level, yet he had to be subjected to such unwarranted, politically and ethnically motivated vendetta.

c) He ordered Pa Adekunle Ajasin, former Governor of the old Ondo State to be retried two times when they could not find anything against him. This meant that the old man was tried three times unfairly. That is against the legal concept of double jeopardy frowned at by Law.. Buhari ordered Pa Ajasin to be detained regardless of the fact that the old man was squeaky clean. His unfair detention impaired the old man’s health and led to early death for him. When this Honorable man died, he has only one old bungalow that he built as a teacher and principal in Owo town, well before he became the governor, to his name.

d) He detained Professor Ambrose Ali of Bendel State in an inhuman condition to the point that the esteemed Professor became blind and died shortly after he was released. Not a single Kobo was traced to his account. He stole nothing. When the Professor died, he had only one undeveloped plot of land to his name and no money in his account.

e) His detention of Chief Ayo Ojewumi led to the blindness of the man. Buhari refused to let the man receive medical treatment until he completely went blind. Chief Ojewumi died exactly 28 days after he was released from Buhari’s gulag. He was never found to have stolen a dime. He was not found to have been corrupt by Buhari's Tribunal.

f) Buhari refused to allow Chief Bisi Onabanjo, the governor of Ogun State to have access to medical treatment in detention. He treated the man as a criminal and shortened the life of the esteemed governor. No stolen money was traced to him in any way. He was never corrupt.

g) Chief Jim Nwobodo, Chief Bola Ige, Chief Lateef Jakande, Chief Sam Mbakwe and several other southern politicians were given unreasonable sentences ranging from 100 years to 250 years without any proof of corruption against them except they were all Southerners. Meanwhile, Governor Awwal Ibrahim of Niger State who was caught in Heathrow Airport in London with 14 million pounds and several millions in dollars and Naira, was detained in a guest house.

2. Buhari jailed Fela Anikulapo-Kuti, on trumped up charges, allegedly as an economic saboteur with the legal backing of the Miscellaneous Offences Decree No. 20 of 1984, for having less than 10,000 dollars in his possession on his way out of the country. The judge in the case later apologized and confessed that he was ordered to jail the famous Musician regardless of his innocence. The Buhari junta would later say publicly that it “decided to deal with this Fela problem once and for all.”

3. Buhari instructed his ADC, Major Mustapha Jokolo to smuggle 53 suit cases, allegedly stuffed with foreign currency, through Murtala Mohammed Airport against the protests of General Tunde Idiagbon and Alhaji Abubakar Atiku, who was then Acting Director General of the Customs and later became the Vice President. A case of all animals are equal, but some are more equal than others. The same retired Major Jokolo, now the Emir of Gwandu knew about the coup that swept out Buhari from office, but didn't inform him.

4. The change of color of the nation's currency notes (except the fifty kobo note) in April 1984, allegedly to stop currency trafficking. The exercise rendered almost half of the estimated N6 billion of had earned money of ordinary Nigerians, worthless at the expiration of the change.

5. Buhari enacted Public Officers (Protection Against False Accusation) Decree 4 of 1984 with which he jailed journalists Nduka Irabor and Tunde Thompson for writing the truth. He said publicly that it did not matter if any of the journalists wrote the TRUTH, as long as he and his junta did not like it, the writers would go to jail. This casted Buhari as someone who never cares about the truth and a vindictive person. We have all seen further evidences of this in the last three and half years.

6. He cancelled the METROLINE PROJECT that Governor Lateef Jakande embarked upon as a vendetta against the Yoruba people. He chose rather to pay a fine of $60 million rather than guarantee $100million needed for the completion of the project. Soon after, he procured several Airplanes for the Nigeria Airways costing several millions. So, it was not an issue of non-availability of money

7. He put in place a retroactive law with which he murdered three innocent men: Lawal Ojuolape (30), Bernard Ogedengbe (29) and Bartholomew Owoh (26), by public execution. Buhari did not allow them to go through the judicial system. He never respected the laws of the land. Article 11.2 of the Universal Declaration of Human Rights reads: “No one shall be held guilty of any penal offence on account of any act or omission WHICH DID NOT CONSTITUTE A PENAL OFFENCE, under national or international law at the time when it was committed. NOR SHALL A HEAVIER PUNISHMENT BE IMPOSED THAN THE ONE THAT WAS APPLICABLE AT THE TIME THE PENAL OFFENCE WAS COMMITTED. Only a soulless person would do something like that to his fellow human beings.

8. Buhari is the first Nigerian to be involved in stolen fund to the tune of billions. $2.8billion dollars of our money disappeared from NNPC under Buhari, when he was the Minister of Petroleum. This money was investigated by the Nigerian Senate under the leadership of the then Senate Leader, Senator Olusola Saraki, the father of the current Senate President. Part of the money was allegedly traced to Buhari's Lloyd's Bank account in London.

9. He convinced all the northern political leaders against allowing the National Identity Card program because according to him, this would unravel the myth of Northern population majority.

10. He is an Islamic fundamentalist, the Bin Laden of Nigeria, who told his northern followers never to vote for anyone who was not a muslim.

11. He is a coup plotter.
12. He has never been able to account to Nigerians what he did with the 135 billion Naira of the Petroleum Trust Fund of which he was the chairman under Sani Abacha.

13. He was in full support of all the atrocities of Sani Abacha against the Nigerian people. There is no single record of his criticism of Sani Abacha during those dark days when Nigeria was on precipice. It shows that he is a patriot of convenience and as such not fit to lead the country. He was later to say publicly, on the tenth anniversary of Sani Abacha’s death that Sani Abacha never stole anything from Nigeria.

14. The Human Rights Violation and Investigation Commission (HRVIC) headed by Honorable Justice Chukwudifu Oputa an eminent jurist, was insulted and disrespected by Buhari who refused to appear before it. He refused to come up and defend the evidences of the $2.8 billion reportedly traced to him and his violation of human rights. His message to Nigerians is that he (Buhari) is above the law and could not be held accountable.

15. He made Nigerians to go through the agony of having to scavenge and scamper for what was described as “essential commodities” such as milk, sugar and other diary products, thus creating emergency wealth for those who were very connected with his government. In the History of Nigeria, Nigerians have never had to queue up to get food except under Mohammadu Buhari in 1984/1985.

16. In 2011, he incited violence across the country, especially the North of Nigeria for losing elections. The violence led to the loss of several innocent lives many of whom were Youth Corp members. He has never apologized for that atrocity.

17. He publicly defended the Islamic fundamentalist group called Boko Haram. As the leader of his political party, Congress for Progressive Change, ( CPC), he granted an interview on Liberty Radio in June 2013 in which he criticized President Goodluck Jonathan for being too harsh on the destructive and murderous Islamic fundamentalist group. He said that an attack of Boko Haram was an attack on the North of Nigeria. He railed against state of emergency in Borno, Yobe and Adamawa put in place for security reasons.

17. As soon as he became President in 2015, Buhari had let loose his FULANI tribesmen on several parts of the country to murder, maim, rape, burn, destroy and visually record their crimes without let or hindrance. Despite the fact that the umbrella organization for these Herdsmen, Miyyetti Allah have admitted being responsible for these atrocities, they walk around free, unmolested. Meanwhile, the IPOB, a self determination group that never hurt a fly were militarily routed via operation Python.

18. Buhari has been shielding, defending and protecting corruption and those committing it under his Government. He has even written letters to the Nigerian Senate to defend some of them. The list include the following:

a) Rotimi Amaechi, Minister of Transport;
b). Kayode Fayemi, erstwhile Minister of Solid Minerals Development and the rigged-in Governor – Elect of Ekiti State;

j). Usman Yusuf, the Executive Secretary, National Health Insurance Scheme and many others too numerous to count.

21. So, far over 9.3 million Nigerians have lost their jobs since 2015 when Buhari became President.

The above listed legacies of President Mohammadu Buhari is just a tip of the iceberg. They just have to be to be limited to the above for now.

Abuja Investments Company And FCTA Utter Neglect Of A Goldmine

10 thoughts on “Buhari’s Legacies Of Woes, Agonies, Miseries And Injustices.”