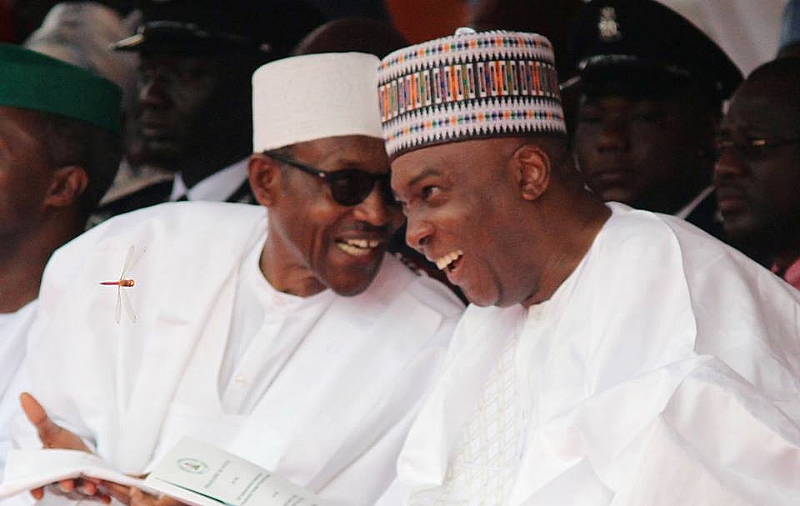 He warned those who think that Buhari was going to succumb to any form of intimidation to perish such thought.

According to him, Saraki should have been thrown into jail for allegedly arming robbers, who were involved in the April bank robbery in Offa, Kwara State.

“Saraki is still the Senate President, while Abdulfatah Ahmed is still the governor of Kwara State, there has never been election in the state. They said it that during elections, Saraki shares money to ensure that he and his people win. This is what has been going on in Kwara. As far as he is concerned, he will use money to put his people.

“Look at the revelation coming out from the Offa bank robbery incident, where over 30 people were killed. The suspects confessed to the whole world that during elections, Saraki armed and gave them money to ensure his victory and that of his people.

“Obasanjo succeeded in undoing Jonathan, but he can never succeed against Buhari, and he knows. We are students of power, and if not because we don’t want Nigerians to say that Buhari is not a democrat, it shouldn’t have been like this. We would have moved against these people.

We know that Saraki was planning to impeach the president. The chairman of the party arranged for them to see the president, after they have seen him, he turned back to frustrate the president and to undermine the party, and had already made up his mind on what he was going to do. We will see how far they can go, we have our own plan, and we are in power.”

End Of Boko Haram Will Come Sooner Than Later – Osinbajo

Electricity Tariff Increase: Nigerians To Pay Over N1 Trillion In 2020