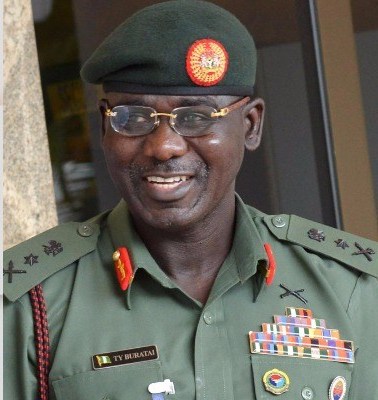 When Boko Haram Terrorists fumed in Nigeria, and eventually domiciled its fighting strength, comrades, arsenals and other explosive devices deployed to committing atrocities or tormenting Nigerians, the Northeast was the epicenter of the furnace. And inside, Nigeriaa��s northeast, insurgents proved indomitable and irrepressible, by the recluse, into a decrepit, ancient, colonial game reserve with the epaulet, a�?Sambisa Forest.a�?

As an African, I know forests are both cherished, but also dreadful at a tender age. They are harbingers of good; but also, overshadowing evil, like weird evil spirits. My beloved late granny told us, this much, each time, the family sat beside, the warm evening fire, for moonlight tales in a village on the Mambila Plateau. She was a living repository or encyclopedia of the rich African heritage in folklore.

In adult life, the only forest I heard, which equaled my late grannya��s description of evil in forests; which also, defied not just humanity, but the government and series of battalions of Nigerian troops for years is Sambisa Forest. It sits on the fringes of Borno state, in the Northeast of my country, Nigeria. Sambisa forest became famous for its notoriety as the safest haven for the brutal devils, Boko Haram terrorists sect or a�?religiousa�? extremists.

Factional Boko Haram leader, Abubakar Shekau; his trusted top commanders and a dozen aficionados found this abandoned forest their most secured enclave as hideout for recuperation and reflection on strategy, each time the devila��s incarnates visit heinous crimes against Nigerians. From 2010 to May 2015, this forest provided enough support and pillar to blossoming terrorism, fleeing insurgents and training camp for new recruits, usually, teenagersa��, most times charmed and hypnotized in this large, dreadful forest for months.

The BHTs dared everybody, including the military, brave enough to get an inch anywhere near the Sambisa forest, and he would be blown up into pieces like balloons and the flesh on his carcass would feed hungry vultures in the air. Military senses exhausted all strategies and tactics, but could not demystify it.

Precisely, the situation deteriorated irrecoverably, much as a flabbergasted Presidency of that time. The Presidency was further overwhelmed with the April 14, 2014 abduction of over 274 schoolgirls in a boarding school at Chibok, a remote community in Borno state.

President Muhammadu Buhari vowed to change the narrative of insurgents unbridled triumph over Nigerians. Trusted as a man, who sticks to his words, his first assignment in office, after May 2015 was to appoint a trusted war monger and soul mate to lead the battle of counter-insurgency operations in the country.

Lieutenant General Tukur Yusufu Buratai was appointed Chief of Army Staff (COAS) and leader of the counter-insurgency war. On eve of Christmas day, Gen. Buratai led Nigerian troops, in a sustained battle that eventually demystified this horrendous Sambisa forest and stripped it bare up to Camp Zero. It was where factional Boko Haram leader, Abubakar Shekau hid the over 274 abducted Chibok schoolgirls for months before ferrying them to other far-flung locations and eventually into forced marriage or servitude.

Shekau knew the game was over when our troops took over their treasure of Sambisa forest, which they illegally annexed in Nigeria and cherished so much. That was Gen. Burataia��s New Year gift to Nigerians in December of 2016. He promised to permanently keep the insurgents at bay, from Nigerian shores and transform the dreaded forest into a peaceful habitat for locals.

So, he embarked on the transformation of Sambisa forest, beginning with converting it into a military training field. Therefore, his blueprint for the ongoing clearance operations for remnants of terrorists in the Northeast includes, opening-up the once deserted and fearful forest from an evil forest to a bubbling city for natives, Nigerians and military tourists from the international community.

Therefore, I was not surprised to sight pictures of the construction of major access roads piercing the heartland of Sambisa forest a few days ago on my favorite online news portal, The Nigerian. To be sure, I also, rummaged other online news media and discovered the same. Work in progress on roads in Sambisa forest, linking contiguous communities stared me at the face like naked fire.

Indeed, I was elated again and again. I felt compelled to intimate Nigerians about the latest development in the Northeast. I want Nigerians to know, Sambisa forest is no longer left at the mercy of naturea��s virginity, where terrorists could find a fortress and bulwark against soldiers and Nigerians.

In the next few weeks, Sambisa forest can boast of Gwoza-Yamtake-Bita-Tokumbere-Sambisa and Gwoza-Yamtake-Bita roads, stretching kilometers. And this means much to development, much as it would unmask the darkness and evil associated with the forest.

This is gleefully, an enriching news from unusual quarters, because it is emanating from Sambisa Forest, the base of Boko Haram terrorists, who once used it to launch atrocities on Nigeria or pathetically hold the country to ransom. With the gory images of Sambisa forest undergoing the final rituals of burial, it marks the technical extinction of insurgency and a milestone in our quest to completely reclaim our country from the hands of cursed insurgents.

The media pictures of Nigerian Army engineers constructing roads in the forest, day and night is instructive. It personifies the haste soldiers are willing to ensure the devious sect or terrorists are never allowed a space to regroup and gather energy against the country in any location within.

But undoubtedly, I am most impressed with Gen. Burataia��s leadership of the Nigerian Army. I doff my cap for him. From the depth of my heart, I have come across a public servant, in todaya��s Nigeria who keeps his word or promises to the people and matches them with verifiable action like the latest exploits in the Sambisa forest exudes with unarguable evidence.

And not just in the Northeast, but anytime and anywhere, Gen. Buratai sets development targets, its splendid outcomes. We all can acquiesced that in battling insurgency, he is exceptional; and in putting smiles on the faces of afflicted Nigerians, he is also superb, always ready to implement it to the core.

Each time, I reflect on Gen. Burataia��s stewardship of the Army, it potently leaves positive impressions. It reinforces the feeling of a leader determined to leave the Northeast or any other host community of the Nigerian Army far better than he met it when Mr. President and Commander a��In-Chief of the Nigeriaa��s Armed Forces mandated him to lead the counter-insurgency operations in the country.

In effect, from the Northeast, Southwest, South-South and Northwest and North Central, where communities have hosted the Nigerian Army either permanently or temporary, during special assignmentsa��, there is at least, one positive attestation of Gen. Buratai. It is loud ovations about the Armya��s execution of Corporate Social Responsibility (CSR) projects, which berths succor, relief and improved military civil relations in all communities.

There are roads construction, electricity extension, drinking water projects, free medical services and investments in education as footprints of todaya��s Nigerian Army in appreciable number of communities in Nigeria. And they are all sponsored from the Armya��s meagre budgets.

In education alone, Gen. Burataia��s initiatives have brought to Nigerians, the Nigerian Army Aviation School and a world class institution, the first ever, Nigerian Army University, in Biu, Borno, which is open to knowledge seekers from all Nigerian security agencies and civilians. He is not satisfied yet, as the search for new projects consistently cross his mind, which he mutters always, each time, he finds himself in the midst of colleagues.

I cannot appreciate Gen. Buratai enough. But he strikes me like a leader, who ploughs his graph of leadership beyond ending the scourge of terrorism, anywhere in Nigeria, especially the Northeast. But he smacks as a rare and patriotic Army Chief, absolutely committed and eager to demolish the faintest scars of terrorism in Nigeria.

Added to it, he has pragmatically strayed into spearheading the gospel of unification and development of all parts of Nigeria.

Onoja is an terorrism Expert based in Jos.

Politics And Morality In Nigeria

Aregbesola and the Correctional Centres

Ebonyi State: Ruga As A Weapon Of Political Revenge.