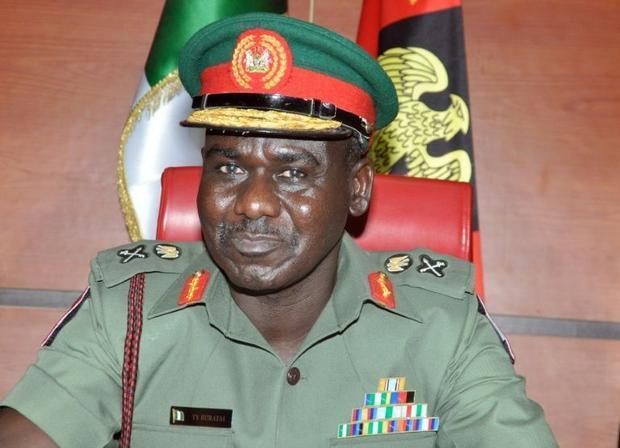 Buratai said the armed ethnic militia groups in Plateau State were supported and sponsored by elites or elders of the state.

Buratai disclosed this on Wednesday during the burial of three soldiers who were killed during the violence that rocked the state’s troubled Barkin Ladi Local Government Area at the Maxwell Khobe Military Cemetery at 3 Division Headquarters, Rukuba Jos.

Buratai, who was represented by the Operation Safe Haven Commander, Major-General Augustine Agundu, said, “It is evident that there exist armed ethnic militia groups sponsored or supported by some elites and elders who deploy the misguided youths into committing the worst heinous crimes.

“There is certainly no constitutional provision that allows civilians to bear firearms but their possession has become a well sort-out vocation here on the Plateau.”

Expressing regrets over the death of CPL Effiong Mbuotidem, he said: “Human dignity has lost its value on the Plateau.

“The troops of OPSH like all service personnel are officially detailed to Plateau State to perform the duties upon which they swore an oath to serve the nation.”

Sowore’s release a victory for the rule of law—SERAP

7 thoughts on “Buratai reveals those sponsoring armed militia in Jos”