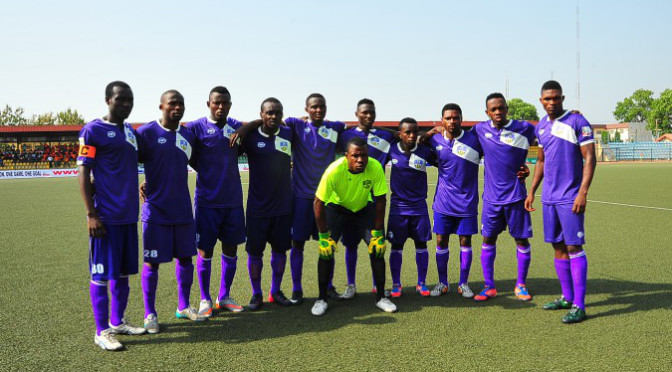 MFM FC crashed out of the CAF Champions league after losing 6-0 to MC Algers in Algeria.

The Olukoya boys who are playing in the CAF premier competition for the first time won the first leg in Agege 2-1 a fortnight ago.

MFM Coach, Fidelis Ilechukwu made three changes to the team that won the first leg in Agege with the likes of Jonathan Zikiye, Ubakanma Peter and Joshua Abah replacing Onuwa, Julius Emiloju and Joshua Abayomi.

The Algerian side took the lead in the third minute before adding the second four minutes later to turn the tie around.

MFM were destabilized they couldn’t contain the rampaging Algerians who went to score four goals in the first half.

Nekkache and Ibrahim Amada completed the rout to send MFM our of the CAF Champions league.

MFM have dropped down to the CAF Confederations Cup.

The Victory was not enough for them to advance to the group stage after losing 4-2 away a fortnight ago.

Tosin Omoyele scored the only goal for Plateau United but it was not enough to see them through.

Akwa United will also aim to overturn a 1-0 deficit against Al Ittihad of Libya in Akwa in the Confederations Cup.

6 thoughts on “CAFCL: MFM And Plateau United Crash Out”