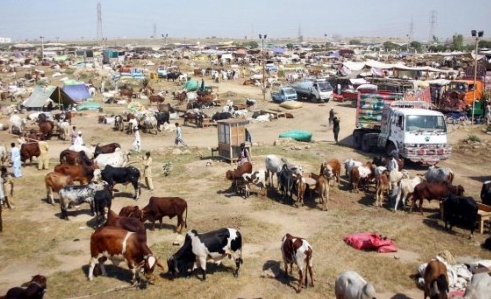 Those who neglect history are bound to repeat the mistakes of the past at their own peril or a rather imminent risk. The story of the Fulani supremacy and the callous disregard for human decency are known throughout history. The story of King Funfa- the Hausa Sarki who welcomed Usman Dan Fodiyo as his guest was overthrown and killed by Usman Dan Fodiyo who installed himself as the Sultan of Sokoto, after establishing the Sokoto caliphate between 1804 and 1808.

Usman captured all the core Northern ethnic kingdoms and installed Fulani emirates. Similarly, the Afoja kingdom – Ilorin provided grazing land to Janta Alimi a�� a Fulani warrior who eventually killed Afoja in 1824 and became an emirate a�� of the Fulani- Sokoto caliphate. The rest of the story is familiar and consistent with brute aggression towards friendly hosts with a single purpose of extending the Sokoto Caliphate domination and control.

The grazing preposition (grazing reserve and cattle colony) is a perfect scheme and pretext to future control and domination from the North to the South, from the desert to the ocean. This scheme must be resisted by all means. It is senseless, irrational and only serves the interest of the Fulani agenda.

The Fulani herdsmen are not freedom fighters, they are simply a terrorist group in the same rank as Boko Haram but with a different agenda and tactics to dominate and expand the caliphate kingdom as far as possible through the use of the military or other means to actualize their aspirations of conquering the geographic space known as Nigeria.

The Sokoto caliphates are very strategic by using the military to advance their cause and changing the narratives in such that they enjoy over 90% of the wealth of Nigeria even if they only contributed less than 5%.

The unitary system of government introduced by General Ironsi must be eliminated because it serves the interest of the cabal, northern warlords, and sycophants not the best interest of all Nigerians. Politically those who contribute the least enjoy the political representation and all the rights associated with it at the expense of the South who produce the wealth, labor and resources.

The current structure is sustained by the military imposed ideology and unitary system which is counter-productive to any democratic dispensation. The Nigerian National Security structure is designed to protect the elite in power and to respond to the threats of civil war and coup de tat rather than to protect the society, the nation or Nigerian citizens.

The state is less concerned about providing public goods and services such as power, health services, public water, employment, education and other basic amenities. Therefore, individuals are forced to adopt government services by private citizens creating chaos rather than community.

Nigeria must restructure and stop the monkey they work, baboon they eat mentality syndrome and the barbaric killings of innocent citizens in Benue, Taraba, Southern Kaduna, Yobe, Borno, Nasarawa, Enugu, Imo, Abia, Rivers, Ondo, Ogun, Oyo and Ilorin by the terrorist militia of the Fulani Herdsmen. Where is Obasanjo, the nationalista��.Speak!

Buhari, Atiku And The Dwindling Economy