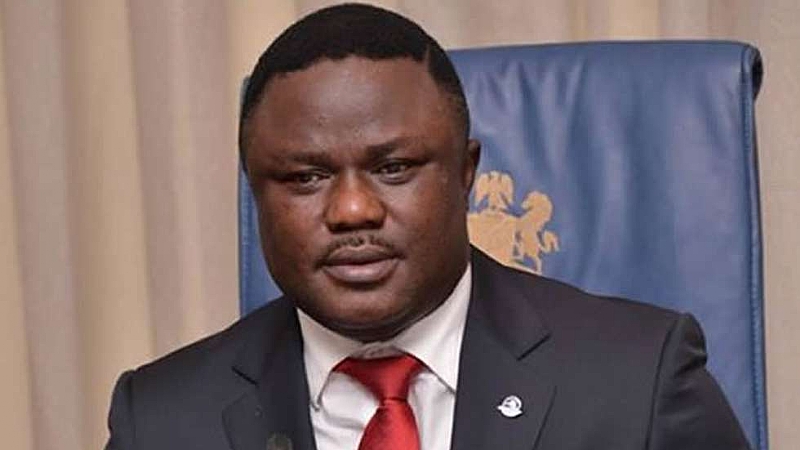 The Reality of Our Situation

In the last few weeks the word or term industrialization has become synonymous with our politicking in the South Senatorial Zone as AsuquoEkpeyong and his gang flagrantly flout INEC regulations in conducting open rallies and town-hall meetings personally sponsored by Governor Ayade himself, without truly taking stock to examine what Ayade has achieved in the state as Governor over the last 3yrs, except businesses leaving town in droves due to multiple and over taxation in addition to an uncondusive business environment.

So what next for the South Senatorial Zone who need to unite and ask themselves certain hard questions, so that a charlatan like Chief EkpeyongAsuquo doesna��t lead our people astray, in the hope that his disco-boy son eventually becomes Governor in the unforeseeable future, particularly as the APC onslaught gathers momentum to oust the little despot from Government House Calabar and loosen the PDPs vice-like grip on Cross River politics as the general elections draw near? We can just a�?deykamkpea�? again and allow charlatans and faceless groups like 7-alive endlessly endorse Governor Ayade in our name when we truly know that we dona��t believe in him and wona��t vote for him because he has achieved nothing and will never allow power return to the South Senatorial Zone owing to the influence the Atam Congress currently have on him.

Politics is a simple game complicated by fools and there is something in that. I have also come to learn that it takes a lot of hard work to make things look simple. I can assure you that Senator LiyelImoke and former Governor Donald Duke, can attest to this. In the same vein, incumbent Governor Ben Ayade can probably attest to the fact that If you play bad politics, overload your constituency, associates and subordinates with double speak and half-truths and conflicting directives, it introduces uncertainty, which leads to errors under pressure.

Now while politics is a game of guile with fine margins and unreported storylines leading to actions and outcomes, you can only lie to the people sometimes, not all the time. And so Senator Prof. Ben Ayade and his associates in the Southern Senatorial Zone, led by the ever treacherous Chief EkpeyongAsuquo, his copious nightclub owner turned Finance Commissioner son, Sir William Archibong, Mr. Donald Etim Duke, Chiefs Emile Inyang, Grace Ekanem, Emmanuel Nsan, Bassey Ekefre, EkpoOkon, Nkoyo Toyo and a few others have sold out the good people of the Southern Senatorial Zone for their own personal gain, unmindful of the catastrophic fate that awaits everyone should we foolishly submit to these charlatans.

At the heart of this treachery is their own personal ambition or desire to run elections on the back of a 2nd term for Governor Ayade and his brother Chief Dr. Frank. Overlooked, in this mess, is the fact that Governor Ben Ayade does not deserve a 2nd term on the basis that after almost 3yrs in office he has no achievements to point to in concrete terms besides being unelectable.

Sadly, the South Senatorial Zone as of 2018 has no anchoring political leader and here lies the problem. While Senator Gershom Bassey remains the highest political office holder and Chief EfiokCobham the highest non-political office holder, as a former Deputy Governor, across party lines, the Southern Senatorial Zone has recently produced a retinue of a�?big time Charliea��sa�? and charlatans, con men masquerading as leaders and allowing their personal interest to supersede the collective and I can list a few including Barr. Edem Ekong, whose recent resignation from the Ayade government barely caused a whimper.

With mounting criticism over his a�?stylea�? and nothing to show on ground while contentiously heating up the polity by playing the APC against the PDP and trumpeting bogus projects while everything falls apart and the statea��s economy collapses, it now appears a matter of when with Governor Ayades faith already sealed. So why would our so-called leaders in the South tie their political fate to Ayade without our consent or have we become so docile and mindless? And why cana��t we seat down as one, within or across party lines and dissociate and disconnect from the gravy-less Ayade train for the sake of our people. Leta��s not cheaply sell our souls for Ayadesa�� N500 and N50,000 Nairaa��. he cana��t give more a��he wona��t give more and his paying us salaries on times isna��t doing us a favor.Even as a�?Calabar Goebbels,a�? his SA Media, had gone to great length and at significant cost to emphasize Governor Ayades blitzing start to his tenure, his stretched-out stumble at the turn of 2016 solidified the thinking that there would be nothing of the state left to govern come even 2019.,and I am praying the Southern Senatorial Zone isna��t foolishly caught up in this crossfire. a��will hopefully learn that it does not pay to play with fire.

I conclude with the dire warning that issues raised in this article are real and will swallow the South Senatorial Zone, if we sit back and do nothing. The ramification of this loss might not even be understood now but surely generations to come will pay for our inaction. Possibly, as few have argued, we lost an opportunity to use Barr Edem Ekonga��s rash and improperly calculated resignation from the Ayade Government as a rallying call to take its stand, but then I can understand everyonea��s reticence as some have reasonably argued that that our politics has gone beyond a silly ego-centric action typically miscalculated to propel and benefit an individual whose real interest has never been the collective.

For Governor Ayade and his cohorts in the Southern Senatorial, the funeral march for your administration is already on, and the numerous and senseless endorsements will not quell the angry voices that will only get louder before your historic humiliation during the general elections.

How Not To Be A Feminist