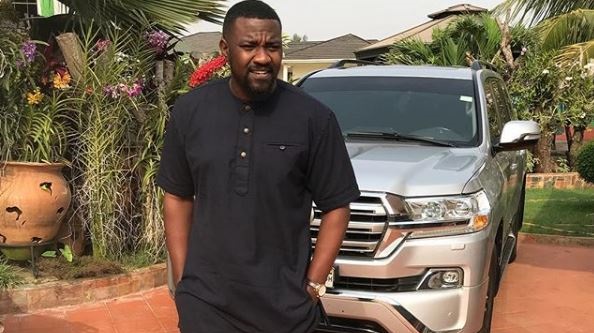 The sudden of one of Ghanaa��s top female singer, Ebony Reigns, has brought out goose bumps on the body of some celebs who knew her so well including Ghanaian actor, John Dumelo.

As tributes continues to pour in, the actor has decided to speak his mind not minding whom he is going to offend as he stated that celebs are just hypocrites.

According to the actor, celebrities dona��t care about each other as everyone tries to run their race stressing that if the late singer had reached out to them to help share her songs, nobody would have supported her.

In his words, a�?We(entertainment industry)are all a bunch of hypocrites including myself. If ebony reached out to us to just retweet her song or share her song on social media, we wona��t even care. Infact we will insult her a�?adda�?. Now shea��s dead and no more we acting as if we care. Leta��s change!a�?

The late Ebony was a fast rising dancehall singer who died in a fatal car crash recently in Ghana.

My Guy Washes, Iron my Clothes and Goes to Market…Actress, Charity Asuquo Reveals

13 thoughts on “Celebrities are Bunch of Hypocritesa��Actor, John Dumelo Fires”