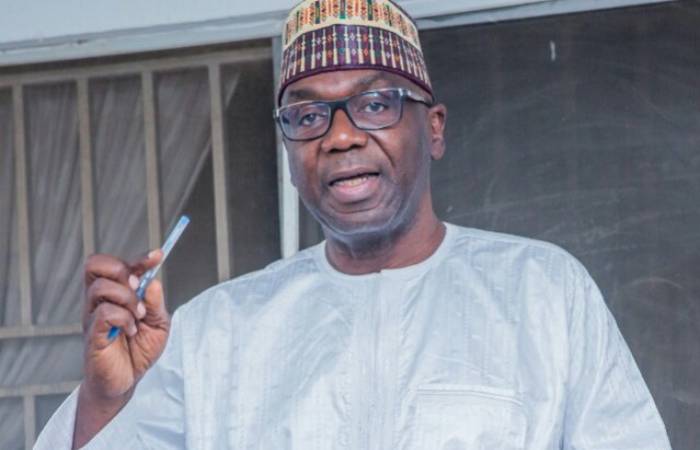 Kwara State Governor AbdulRahman AbdulRazaq on Wednesday said he is committed to build a state that works for everyone, irrespective of political differences.

The governor was reacting to the dismissal of the alleged certificate forgery case by the Kwara State High Court in Ilorin, the state capital.

In a statement by his Chief Press Secretary Rafiu Ajakaye, the Governor said the withdrawal and eventual dismissal of the case came as no surprise.

“We weren’t in the least disturbed by the case because it is clear to everyone on the street that it was baseless,” the statement quoted the Governor as saying.

“Now that the case has died a natural death, we again extend our hand of friendship to every Kwaran to join the efforts of Governor to build a Kwara that works for all. It is time to work to restore the glory of our dear state.

“As everyone can see, things hitherto considered impossible are now happening. Water is running. Roads are being fixed and the Governor is giving hope to every segment of the state that a new Kwara is possible!

“Finally, we thank the good people of Kwara State for the solidarity and love they continue to show for the Governor and the new government.”

The Governor meanwhile has urged parents and civic bodies to join global effort to combat the menace of drug abuse and illicit trade in it.

“While we remain committed to building a conducive environment for socioeconomic and human capital development, I urge our young people to shun the use of hard drugs. Drug abuse is a window to crime and a waste of precious talents with devastating consequences for national growth.

“Anyhow it is viewed, drug abuse and illicit trade in same are a threat to national development and human existence.”

The International Day Against Drug Abuse and Illicit Trafficking is a United Nations International Day against drug abuse and the illegal drug trade. It is observed annually on 26 June, since 1989. The observance was instituted by General Assembly Resolution 42/112 of 7 December 1987, according to the UN information service.

The day is often referred to by Anti-Drug campaigners as 6/26 — a play on Marijuana smokers “4/20” day to celebrate cannabis.

The Loss Of Silent Conscience In Our Community

9 thoughts on “Certificate case dismissal: It's time to build Kwara for all, says AbdulRazaq ”