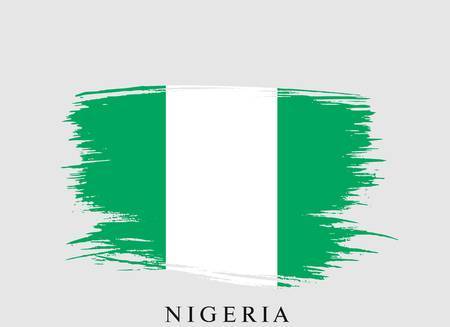 Choose one from among (a) PhD degree, (b) school leaving certificate, (c) vaunting ambition, (d) unlimited common sense. Which is the better quality for a good and effective leader of a country? It is a no-brainer. The correct answer is (d) for common sense. Common sense is the mostuncommonof all four choices because it is a gift from above,hidden from thewise as well as the learned yet revealed to the meekandthe humble. Let me be frank, I do not have it.

There are many ways to describe a good leader. But for me, the most concise definition of a good leader is someone that makes the whole greater than the sum of the individual parts. Under good leadership, the collective surpassesits sum components and various entities compete, complement and spur each other onwards and upwards.

Bad leadership is reductive. It minimizes the collective and makes it inferior to the simple sum of its entities.With bad leadership, the different entities work at cross-purposes, cancelling each otherout. Under bad leadership, the entities punch far below their natural capabilities and may therefore wish to peel away from the union and go their separate ways, just as we are witnessing in Nigeria today.

It is fitting that Nigeria’s President Muhammadu Buhari is around to witness at first hand the wantonly regressive fruits of his disastrous stewardship. It is my fervent prayer that God keeps him alive to shamefully witness the progress Nigeria shall hopefullymake under his successor as President.

The greatest takeaway for President Buhari is that nations cannot be run on lies and propaganda without substance. At some point, the truth shall unentangle itself fromthe most complex and most intricate webs of deceit. Lies sprint, but the truth leaps.

The wheels of God’s Divine Justice turn slowly but they eventually grind evil into dust and pulverize injustice into dirt. It does not take a seer or a prophet to decipher that God’s Wheel of Justice which is slow to action has started turning firmly and perhaps irrevocably against President Buhari except he repents, acknowledges his failings and makes amends.

For sure nothing undermines executive authority and effectiveness as much as brutality, un-evenhandedness, vengefulness, insincerity and lack of integrity. Regardless of subsisting propaganda, all these are intimately associated to varying degrees with the Buhari persona. The brutal, tragic and pathetic treatment he has meted out to Nigeria’s Shiites and their Spiritual Leader Sheik Ibrahim El-Zakzaky is a heinous crime, crying out to the heavens for vengeance.

No one and certainly no political entity has the rights to deprive theirfellow human beings, not even their bitterest enemies, of their God-givenhuman dignity,either through illegal incarceration on trumped up charges or outright murder as the Buhari Administration has done. There is no moral justification whatsoever for the extra-judicial killings of the Shiites and other citizens such as the Independent Peoples of Biafra (IPOB) sympathizers that were carried out by Nigeria’s Bush Army at the behest and instigation of the Buhari Administration.

The hallmark of a well-trained, professional army is a calibrated response to threats, governed by the principle of proportionality. Theroutine wanton use of deadly force via assault rifles on peacefully processing citizens,albeit armed with sticks, stones and rocks for self-defense, who were protesting the prolonged, inhumane and unjustified incarceration of their spiritual leader on trumped up charges is the hallmark of a Bush Army.

Nigeria’s bush army ought to reserve all their energies and propensities for wanton violence for those moments when they engage the as-yet undefeated Boko Haram terrorists and terrorist Fulani herdsmen. These two sets of well-armed terrorists have visited the most indescribable acts of violence against their fellow citizens. Even at that, a professional Army ought to be constrained to operate within the confines of established rules of engagement that are consistent with the demands of human dignity,when they confront those accursed Boko Haram and Fulani terrorists.

The Buhari Mal-Administration is characterized by its inadmissible inability to crush the Boko Haram terrorists, its provocative brutality against Shiiteadherents and IPOB sympathizers as well as its inexcusable accommodation of terrorist Fulani herdsmen. The un-evenhandedness betrayed in the Buhari Administration’s treatment of thesedisparate challenges has not gone unnoticed and is but one root cause of its glaring failure.

Some persons have uncharitably attributed President Buhari’s administrative lapses to his inability to furnish his secondary school leaving certificate which is one of the requirements (unnecessary in my view) for qualification to run for the office of President of Nigeria. I am not one of them. I was not four years ago. I am not today.

Four years ago, when the Nigerian Army denied that the School Leaving Certificate of then presidential candidate General Muhammadu Buhari was in their possession as he claimed, this writer wrote publicly in his defense under the ‘A Nation in Heat’ cycle of essays. My defense for Buhari, that he must have turned in his secondary leaving certificate to the Army on recruitment, was predicated on the corroborating evidence of the highly respected former Chief of Army Staff, General Alani Akinrinade, that it was indeed a requirement in those days.

Today I am not so sure. Not so much of the veracity of the well regarded General Akinrinade’s testimony, but of that of President Buhari himself. My current doubt is a measure of how low Buhari’s stock has sunk in the intervening period.

To be fair to President Buhari, it is a moot point whether the Nigerian Army of which he is the Commander-in-Chief, furnishes his certificate, allegedly in their possession, or not. It is a case of damned if you do, damned if you don’t.

If the Bush Army presents his certificate allegedly in their possession, many could reasonably argue that it may well be forged, indicative of the value of the Army’s stock in the eyes of Nigerians.How else would you rate the integrity of an army that uses President Donald Trump’s threats to militarily resist the so called ‘invasion’ of the foreign Latin American caravan as a justification for its massacre of protesting Nigerian Shiites?

Undoubtedly President Buhari has other military qualifications far superior to the Secondary School Leaving Certificate, which is the minimum requirementfor contesting for the office of President. But it is a moral question if you can build something on nothing.

What do you do to a man who does not have a secondary school certificate yet has a university degree when the former is a pre-requisite for the latter? Do you revoke his degree?After so much time has elapsed and so much water has passed under the bridge, the statute of limitations must surely applyfrom the legal point of view. What is left is a question of morality and integrity.

Fortunately, there is a remedy. The University of Cambridge Local Examinations Syndicate now known as Cambridge Assessment, which administered the secondary school leaving certificate exams which President Muhammadu Buhari sat for in 1961, has reportedly declared that it can only release President Buhari’s certificate to him and only him, if he requests for it. Therefore, only President Buhari alone can clear any lingering doubts regarding his Secondary School certificate.

The million-dollar question is what is preventing President Buhari from requesting for his certificate from Cambridge Assessment to clarify his status once and for all?Why did he instead consent or solicit to be presented a so-called attestation by the West African Examinations Council (WAEC) which from all indications did not administer examinations in Northern Nigeria in 1961?

There is a serious question of morality and integrity involved here, because to all intents and purposes, except proven to be otherwise by Cambridge Assessments, the aforesaid WAEC attestation to Buhari is a certified trash document.

Leaving that aside, President’s Buhari’s woes of hypocrisy are far from over, because recently, his minister of information Lai Mohammed admitted in an off-the-record interview that was subsequently leaked to a consternated nation, that the Nigerian government spends =N=3.5 million monthly (roughly equivalent to $10,000) in feeding the unjustly detained Shiite Leader Ibrahim El-Zakzaky.

As if that Freudian Slip and blunder was not enough, recently a Fulani Emir of Gummi,from Buhari’s own ethnic stock, declared that disobedience of court orders is an act of corruption. Perhaps no government in recent times has observed court orders in the breach as this present Administration.

Lies, deceitand propaganda may sprint, but the truth leaps and will surely overtake them all someday. For the Buhari Administration, that day has come at last.

Abuja Investments Company And FCTA Utter Neglect Of A Goldmine

Buhari and the June 12 saga by Reuben Abati

Odumeje and the native doctors  (1)

40 thoughts on “Certified Failure (A Nation in Ruins)”