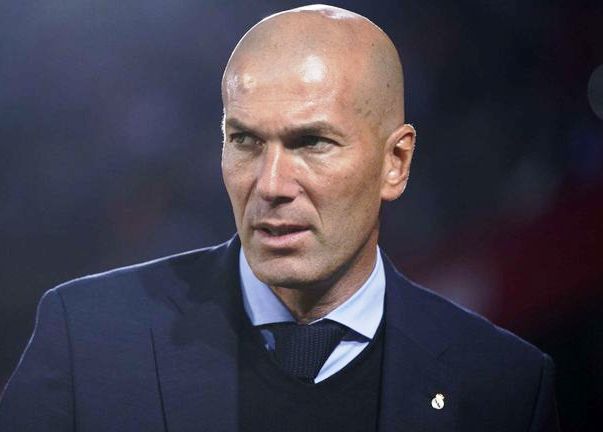 Real Madrid Coach, Zinedine Zidane has revealed that his team are not the favorites to win the Champions League as they slug it out with Liverpool for their third Uefa Champions League Trophy in a row.

“We aren't the favorites, this is a 50-50 situation,” he said.”But we have to play a great match to win. “We aren't favorites of anything.”In football, it is very simple in football.

“We have had difficult moments in matches, and we will tomorrow. “We will try to stop them tomorrow, and then give them difficult moments.”Overall, though, Zidane was in a relaxed mood and denied that he'd be suffering the night before the match.

“I'm not suffering today, as always just before a match we are delighted to be here,” he said. “This moment we will not live again, we will be there to live other things in football.

“So, clearly we have to make the most of it. “We might be under pressure, and feel excited. “If I'm under a little pressure, this is life and that is being a human, and so what, all the better.”What is important for me it to do a great job and give my all.

“I tell my players to give their all, and if you have done your best and not gotten what you wanted, then that is out of your control.”

14 thoughts on “Champions League Final Will Be Tough – Zidane”