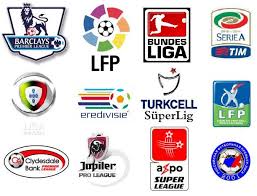 Arsenal Defeated AC Milan 3-1 at the Emirates Stadium to book a quarter-final place in the Europa League courtesy of goals from Granit Xhaka and Danny Welbeck’s Brace.

Calhanoglu gave the Rossoneri the lead in the 35th minute, Welbeck restored parity for the Gunners in the 37th after the referee awarded a controversial penalty which angered the AC Milan players.

The First Half ended 1-1, but Arsenal took the lead when Milan goalkeeper, Donnaruma fumbled Xhaka’s strike into the net.

Welbeck put the icing on the cake with a close-range header to send Arsenal to the last eight.

Borrusia Dortmund failed to overturn a 2-1 deficit at home by playing out a goalless draw with Red Bull Salzburg in Austria.

Athletico Madrid spanked Lokomotiv Moscow 5-1 in Russia to book a place in the quarter-finals.

Meanwhile, The Europa League quarter-final draws have been conducted in Nyon, Switzerland.

14 thoughts on “Check Out The Europa League Quarter-Final Draws”