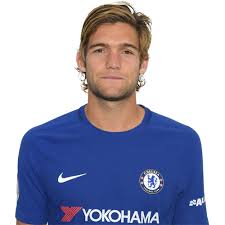 Chelsea and Manchester City comfortably dismissed Newcastle United and Cardiff City on Sunday to book their places in the FA Cup fifth round draw.

A Michy Batshuayi brace was topped off with a stunning free-kick from Marcos Alonso as Chelsea beat Newcastle 3-0.

It was hardly a surprise, Newcastle have won just four FA Cup ties in the past decade.

Rafael Benitez will now focus all his attention on trying to keep The Magpies in the Premier League.

Meanwhile the result was much-needed for Antonio Conte amid fervent speculation about his future.

Manchester City saw off Championship outfit Cardiff on a 2-0 scoreline.

They took the lead after Kevin De Bruyne notched up his tenth goal of the season with a free-kick.

Eight minutes before the break City doubled their lead, with Raheem Sterling scoring his 19th goal of the campaign.

Cardiff fought on until the end of the game but they just couldna��t break City down.

Diego Costa, in true Diego Costa form, scores and gets sent off in La Liga return