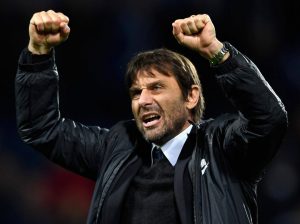 CHELSEA are in talks with Roma over a A?77million double swoop for striker Edin Dzeko and defender Emerson Palmieri.

The Italian giants are demanding A?57m to let former Manchester City striker Dzeko go, while Palmeiri is valued at A?20m.

REUTERS
4 Chelsea are looking to sign Roma star Edin Dzeko
However, the Blues value the pair at A?44m, but are prepared to offer striker Michy Batshuayi on loan as part of the deal.

Blues boss Antonio Conte has turned his attention to Dzeko after a loan move for West Ham’s Andy Carroll collapsed due to injury.

Dzeko a�� who played around 100 games for City between 2011 and 2015 a��   scored twice against Chelsea in the Champions League group stage before Christmas and would be ideal back-up for Alvaro Morata.

Brazilian-born left back Palmieri, 23, is an Italian citizen which means he does not need a work permit to play in the UK.

SUN BETS: BET A?10 GET A FREE A?30 BET
AFP
4 The Blues are also trying to land left-back Emerson Palmieri

His agent Fernando Garcia said: a�?Of course yes, absolutely, the two clubs are now talking, we’ll see if it will be successful.

a�?There’s still nothing certain, we are in a stage of discussion and evaluations.

a�?It would be a dream: Conte is a top manager, one of the best and most successful in the world.a�?