Chief Fani-kayode Embittered Over President Buhari’s Victory At The Polls.

Chief Fani-kayode Embittered Over President Buhari’s Victory At The Polls. 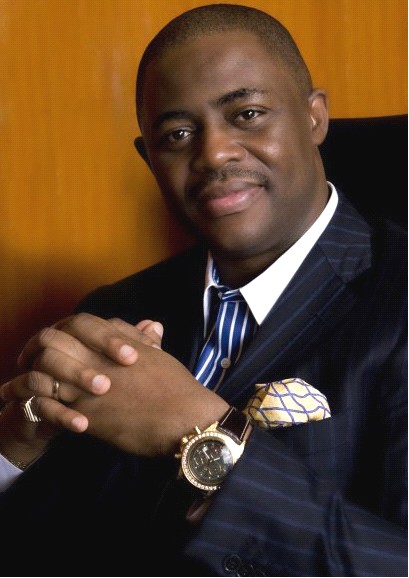 CHIEF Oluwafemi Fani-Kayode, a former Nigerian Minister of Culture and Tourism and People's Democratic Party (PDP) stalwart, has contested the victory of President Muhammad Buhari at the polls and wants court action instituted to revalidate the results of the election.

The hournorable Minister believes that the defeated PDP presidential flag bearer, Alhaji Abubakar Atiku, a former Vice President in the 8 year PDP lead government of former President Olusegun Obasanjo has all it take to win the presidential election but felt the election was however rigged in favour of President Buhari.

He perceived that president Buhari has not contributed anything meaningful to the growth and development of the nation in rhe last four years he has been in office.

Chief Fani-Kayode, the 58 years old young Nigerian politician did not hide his feelings about the ruling APC opposition party, he sees nothing commendable or admirable in the achievements recorded by President Buhari in the last three and half years and even called the success of his administration's fight against Boko-Haram in the country as a ruse and deceit to win the support of the people.

Why we should also listen to Maina

9 thoughts on “Chief Fani-kayode Embittered Over President Buhari's Victory At The Polls.”