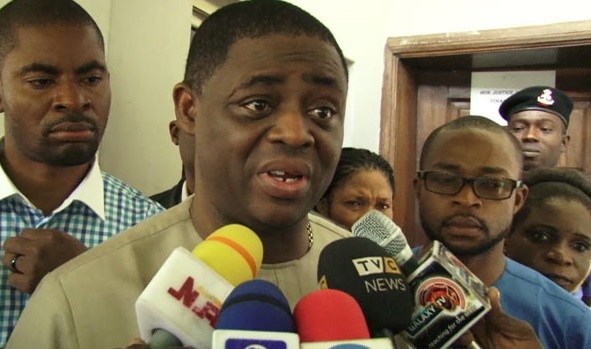 Says “I am overjoyed and overwhelmed. Praise the Lord! To him alone be the glory!”

Femi Fani-Kayode, former minister of Aviation, has reacted to the judgement of the Osun State election petition tribunal declaring Senator Ademola Adeleke of the Peoples Democratic Party, PDP, winner of the September 27, 2018 governorship election in the state.

The tribunal had on Friday held that the September 27 rerun election in the state was illegal. The three-man panel of the tribunal gave the judgement following the petition filed by the governorship candidate of the Peoples Democratic Party, PDP, Senator Ademola Adeleka against the All Progressives Congress, APC, and its candidate, Gboyega Oyetola.

The Tribunal then resolved to deduct 2,029 votes from the APC score and 1,246 votes from votes of the PDP in the 17 polling units where there was non compliance.

Reacting to the ruling, Fani-Kayode congratulated Adeleke and Osun PDP for the victory.

The PDP chieftain wrote on Twitter: “Congratulations to Governor-elect Demola Adeleke and the Osun state @OfficialPDPNig on a great victory at the election tribunal. We have done it! My state, Osun state has finally gone PDP.

“I am overjoyed and overwhelmed. Praise the Lord! To him alone be the glory!”

The kettle calling the pot black