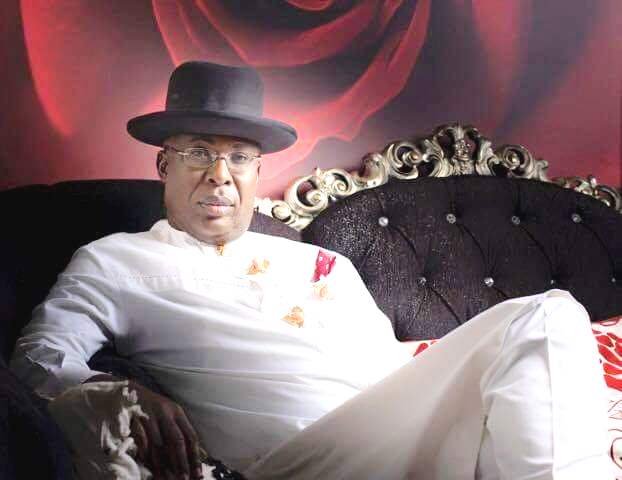 On this day, the 2018 National Convention of Nigeria’s rulling political party, the APC, Chief Timipre Sylva leads a rather colourful delegation of Bayelsa partymen to the Eagle square. It’s a colourful day, a carnival of sorts with states of the federation dressed as though to win some collective title. The contrast of colours, a sea of Bayelsan blue seated next to a sharp, piercing Yellow from a Northern state, and the digital billboards in an eternal slide of candidates appealing for votes nearly turned it more an artistic spectacle than a political event.

Though there as the leader of one of the most enthusiastic delegations, there appeared to be a solemness around Chief Timipre Sylva, a solemness hidden deep beneath his ebullient waves to the crowd, his energetic handshakes to people and a smile that seems plastered on his face. If at all the solemness was not imagined, and actually real, then, it certainly wasn’t an isolated occurrence.

While as Governor he ruled Bayelsa state with some level of passion, politics, on the other hand, hasn’t quite enjoyed that level of emotional patronage. And the the question is flung forward: how can someone with little passion for politics get to the zenith of it? The truth is that nature has a way of making these things, and many more unlikely things, happen. Humans are still open to evolution, even if not exactly physically, but mentally nontheless. Politics itself has evolved to the stages where it is either supremely admired or supremely loathed. Those who loathe it are the pessimists who feel it is a monster which, if not contained, will consume them and everything dear in the world. They are also aware of its elastic powers and are well aware that if an evil man wields the powers that come from politics, evil will befall the world, and that if a good man wields that power good will be secured and ubiquitous. This is the category Chief Timipre Sylva falls into, and that is the answer to the question on how someone with low passion for politics can get into it in the first place, sustain, and rise to the top.

There are ready examples on this. President Muhammadu Buhari, for instance, would rather be having dinner at his home than being in a political rally. And whenever he finds himself in one, there is always the faraway look in his eyes. Though he contested about four elections before becoming President, it is debatable to say he played politics in any meaningful way and that is where the problem lies in this kind of people. Politics is a mean, old ogre that corrupts almost everyone who contacts it, even if remotely. Its grip is firm, like in Hollywood horror movies when a zombie bites someone, however strong the person might be, the degeneration from human to a somewhat vegetative, sub-intelligent, flesh-craving, limping, bitter creature is inevitable. So in politics there is that zombie bite and the quicker you give into it and turn, the easier your progress. Governor Timipre Sylva was kicked out of office in a manner bereft of justice because he didn’t quite turn, same with General Buhari who serially lost elections. These misfortunes could have been reduced if they had turned swiftly, or maybe even allowed the bite in the first place. There is this political naivety, though vague and in varrying intensity, around those who get into politics to save the world and keep the bad guys at bay.

Another example is Leopold Sedar Senghor, the first President of Senegal who attends Executive meetings during the day and write poetry at night. On paper Senghor, the black race’s champion of negritude and five-tenure President of Senegal may seem an evolved version of the dreamer gate-crashing into politics. Yes, he was President for 20 years, he jailed his Prime Minister Mamadou Dia for 12 years, he executed Mustapha Lo for attempted murder and the sheer years he spent at helm in Dakar tells that somehow he immuned himself from the naïve innocence that the dreamer, the pessimist, the world changer, the town’s Sheriff, the hero in shiny armour sparring with evil men, Governor Timipre Sylva and President Muhammadu Buhari handles politics at its most intense, cynical stage

While still at the convention, while expertly coordinating the affairs of the day, there was still, somewhere in his brown eyes, the wanting to drive off, seat somewhere by the River and dream of an alternate earth, for he is still very much the helpless romantic that scribbled down poems decades ago. He is the dreamer who marveled at President Bush snr, who read of the fall of the Berlin Wall with goosebumps on his young skin, who wondered if man’s evil had an end when he saw footages of Rwanda in 94.

When there at the convention I asked him while his phone had no ringtone, his answer affirmed a long-held suspicion that his time in politics was not just choking his innate resevoires of creativity but was wearing out his soul as well. He answered thus: I put it on silence because ringtones quickly become monotonous, a particular song rings on and on and then you hear it even when there is no call.

It affirmed that beneath the Governor, the party super chieftain, the charismatic leader with an undisputable place in the history of Nigeria’s politics, lies an existentialist. Politics, like a phone ringing endlessly and in same tune, is monotonous because it offers nothing apart from the chasing and protection of power. There are no real variables, there is no redemption of the soul, there is no poetry as even Senghor later found out at the twilight of his life, and even the act of changing the world will get bland, even exhausting at some point, as President Buhari is finding out. For these sets of people, the dreamer, the pessimist and the champion of anything worth saving in the world, there can be political growth, but there can never be any real political assimilation, especially one that goes beyond the façade.