Chimamanda Ngozi Adichie Serves As Ambassador Of The Global Launch Of a�?la Nuit Des IdA�esa�? (the Night Of Ideas) In Paris

Chimamanda Ngozi Adichie Serves As Ambassador Of The Global Launch Of a�?la Nuit Des IdA�esa�? (the Night Of Ideas) In Paris 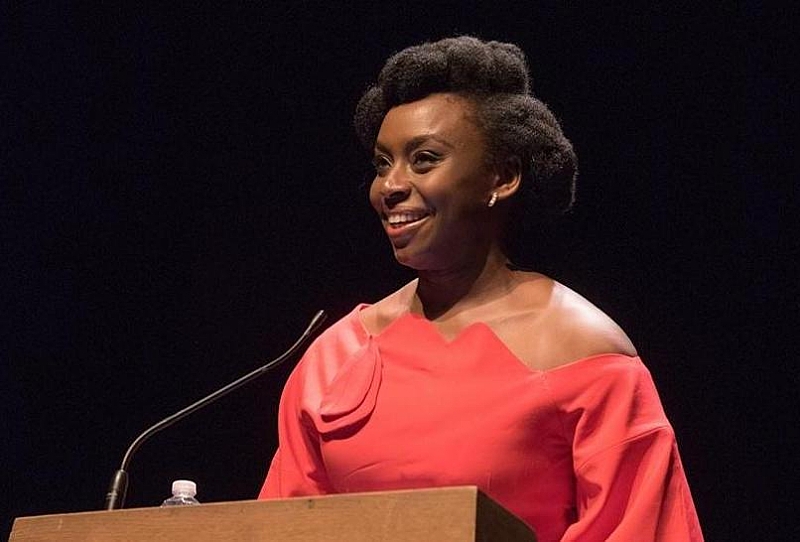 Chimamanda Ngozi Adichie was the Ambassador of the 2018 edition of a�?La Nuit des IdA�esa�? (a�?The Night of Ideasa�?), a major cultural event dedicated to contemporary thought and the exchange of ideas across a�?countries, cultures, topics and generationsa�?.

On Thursday, January 25th, the third edition of the annual event gathered intellectuals, researchers, artists and international leaders worldwide around the theme a�?La��imagination au pouvoira�? (a�?Power to the Imaginationa�?).

The international celebration consisted of over 100 events happening simultaneously in academic and cultural institutions in over 50 countries around the world, with more than 50 events taking place in France alone. These events included debates, conferences, round tables, performances, screenings, concerts, exhibitions, and readings,

all with the common aim of promoting and highlighting the importance of imagination in todaya��s world.

The official opening night of the 2018 event took place at the French Ministry of Foreign Affairs (Quai da��Orsay, Paris) in the presence of Jean-Yves Le Drian, Minister of Europe and Foreign Affairs. As the guest of honour for the evening, Ms. Adichie appeared in conversation with French journalist Caroline BrouA�, a producer for the prominent

The theme of this yeara��s event has its origins in the demonstrations that took place in May 1968 during a period of civil unrest in France. In 2018, fifty years after the a�?May a�?68a�? events, La Nuit des IdA�es provided an opportunity to reflect on the current issues of our time and the power of imagination in fields as diverse as philosophy, urban

planning and ecology, art and politics, design and technology.

La Nuit des IdA�es is coordinated globally by Institut franA�ais, a public body responsible for implementing French cultural diplomacy abroad. The Institut works closely under a common brand with the global network of 96 Instituts franA�ais, as well as a broader partner group of over 300 Alliances franA�aises, to promote French language, thought, and knowledge through cultural exchange.

How election was rigged in the North in 2015: Tanko Yakassai

109 thoughts on “Chimamanda Ngozi Adichie Serves As Ambassador Of The Global Launch Of a�?la Nuit Des IdA�esa�? ("the Night Of Ideas") In Paris”