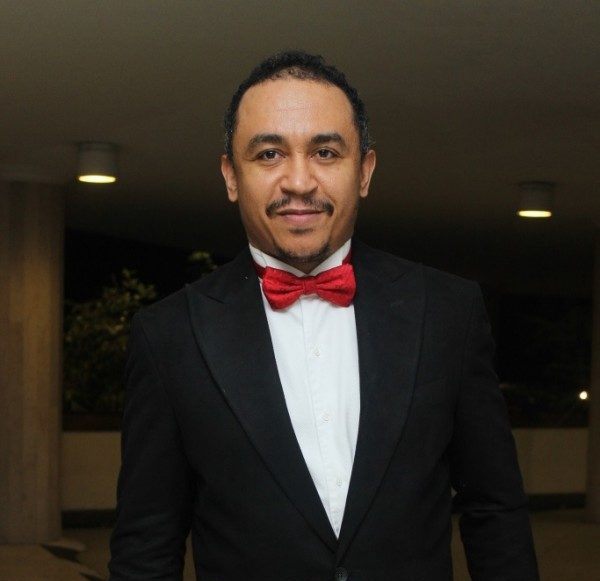 Daddy Freeze is the kind of president Nigeria likes: a talented actor of distraction, complain, diversion and confusion. These four duties have been carried out almost perfectly by the four leaders of Nigeria since democracy returned in 1999.

Daddy Freeze is what governments across Nigeria wishes for, a random individual who would make sure Nigerians blamed anything but them for the despair and misery in the country.

Daddy Freeze is literally a civil servant, doing a job the spin machine of any president of Nigeria cannot match.

Since thorough thinking does not generally go into most topics, whoever fudges first and invents confusion gets a loud attention.

At the height of the tithes debate, the agitation, aggression and anger of so many people against Churches and Pastors was as if federal, monthly allocations were paid to Churches – and Pastors squandered them.

Some neighborhoods don’t have electricity for weeks, some young people are in some Universities where ‘this is not education’, some unemployed people are starved, and some people work in low paying jobs journeying distances – everyday to work, but could not think the situation for solutions: no to tithes became their passion, energy and emancipation.

They liked Daddy Freeze, they praised and revered him. Daddy Freeze, to them, was the guy who was courageous, that everyone waited for, and Nigeria needed. It was at that moment – after he had led hearts along his chicane detour – that he was in sync with the mode of operation of the Nigerian government.

Churches everywhere are not a problem
It does not take a lot of sense to know that true Churches are not responsible for poverty in Nigeria, or that they cannot succeed in removing all poverty because of its saturation. But Daddy Freeze, professor emeritus of confusion, made people believe they could.

Assuming Nigeria was busy, working towards real solutions and genuine development, Church hate would not be a debate, and Churches would not inhibit development projects one bit.

Most of the true – and major – Churches in Nigeria are far more prosperous than state governments. There are state governments and governors in Nigeria that are so useless, so grotesque and so corrupt, if some Churches took over, it would be better for their people – many of whom are in Lagos, living in agonizing poverty.

Chimamanda’s Errand
Daddy Freeze takes breaks from hating and attacking Churches from time to time, by commenting on whatever is trending. Daddy Freeze though, is not thoughtful but finds something to copy – to push. He had, in recent weeks criticized author Chimamanda over her comments – on feminism.

Chimamanda accesses the press, gives her opinion – not a law, or enforced. Then Nigerians starts to condemn, judge, comment and disagree.

Whatever Chimamanda believes could work for her, or may be good for her, or those that may find themselves in certain roles. But her opinions affect nothing, especially on Nigeria’s essential development moves – assuming we had. She liberated herself to the point to express her opinions, but her thoughts are now an errand for the mind idle, bashing her across platforms over opinions so benign.

Daddy Freeze is an errand boy for disinformation and lack of focus. He can attack Churches all he wants; it won’t develop Nigeria an inch. But with his genius for distraction, the president may be envious of him.

The South African Indolence and Ingratitude