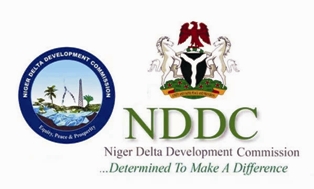 The pains and anguish of the oil bearing communities of the Niger Delta region is that both the federal and state governments have failed the people whose lands gush out crude oil, the money that sustain the nation. Rather than husbanding the crude oil as a source of joy, it is more of a curse as displayed by indifferent government policies and uncaring oil prospecting companies that decimate the environment. Thus the genesis of the Oil Minerals Producing Areas Development Commission (OMPADEC) was more of an interventionist agency to address the needs of the people but it failed. Even the successor to OMPADEC, the Niger Delta Development Commission (NDDC) is yet to address the needs of the people and live up to its statutory responsibilities.

If you think this article is an armed chair journalistic conjecture, then listen to the views of the nation`s helmsman. Receiving a delegation of states of the Niger Delta , led by the governor of Bayelsa State, Governor Seriake Dickson, the president, Muhammadu Buhari ordered a forensic audit of the commission from 2001 to 2019. The president said that he was constrained to order the audit of the commission because of the huge financial allocation given to the body and nothing to show for it.

Hear President Buhari :`I try to follow the Act setting up these institutions especially the NDDC. With the amount of money that the federal government has religiously allocated to the NDDC, we will like to see results on the ground, those that are responsible for that have to explain certain issues. The projects said to have been done must be verifiable. You just cannot say you spent so much billions and when the place is visited, one cannot see the structures that have been done. The consultants must also prove that they are competent`.

This was also the theme worked on earlier by the Niger Delta Affairs Minister and former governor of Akwa Ibom State, Chief Godswill Akpabio in a meeting with the board of the Niger Delta Development Commission. He challenged the board to show Nigerians especially the people of the Niger Delta region `legacy projects` of which the agency got into the debt hole of two trillion Naira. It is ironical mixed with a tinge of tragedy that the board meant to develop the areas has acquired the unique but dubious distinction of massaging the ego and economic benefits of the few political elites and their contractors conspirators.

Let us make one point clear. The forensic audit has nothing to do with witch-hunt. It is far from the dissolution of the body as being speculated in some quarters. The consuming passion of the president is to see how the money allocated for the development of the oil bearing communities were used. Let nobody read political undertone into it. The period covered the years of PDP and that of APC. Furthermore, removing the NDDC from the control of the Ministry of Niger Delta Affairs to that of the secretary to the federal government is not the solution. The solution lies in monitoring the affairs of the NDDC by the national assembly and the state governments which people the commission is supposed to serve.

The forensic audit shall show the commitment of the Buhari administration towards the development of the oil bearing communities. It would also up the ante in the corruption crusade of the government. But beyond the composition of the NDDC and the 13 per cent derivation funds paid to the states with crude oil, there is the urgent need to visit fiscal federalism and the allocation of resources in the country. This `feeding bottle` federalism must stop. Let the policy of derivation takes its full course and states with mineral resources pay tax to the central government. This indolent economic trademark of depending on crude oil whereas other vast minerals deposits are left untapped is a testimony of inept and deficit political thinking by our leaders. Furthermore, those of us in the Niger Delta states must hold our leaders accountable. They must tell us what they are doing with the derivation funds. There is little or nothing on ground to justify the huge financial allocation coming to the Niger Delta states. Both the board of NDDC and the Niger Delta states governors must tell us what they are doing with our money. I rest my case.

Irona, 2019 and Issues-Based Campaigns in Imo

6 thoughts on “Cleaning the NDDC Mess”