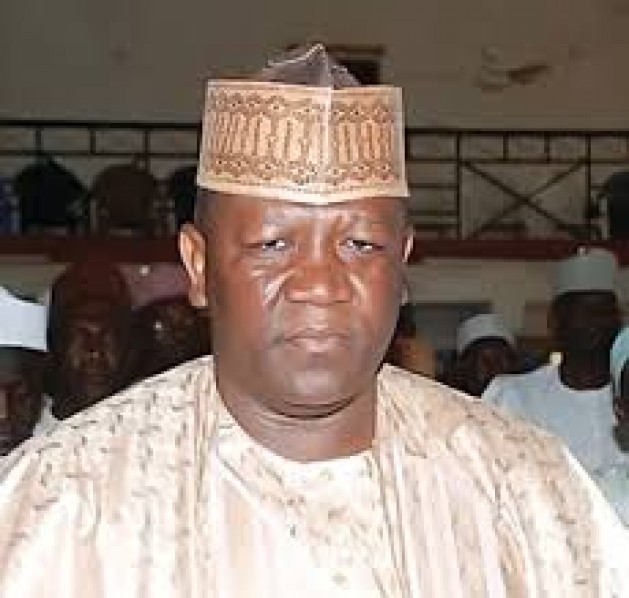 We read the withering statement issued against the Minister of Interior, General Abdulrahman Dambazau over the truthful remark he made at the just concluded 67th International Press Institute Congress in Abuja by the Governor of Zamfara State with utmost dismay and disappointment.

Governor Abdulaziz Yari by his response has confirmed the long held view about his low-level-IQ to Nigerians with the ranting against General Dambazau.

It will be recalled that while making passing remarks at the IPI event, General Dambazau said: ''Good governance is the final solution to the security challenges in Zamfara, it is not the number of soldiers''.

He added that even if he (Governor Yari) is given all the soldiers in the world, he can't use those forces to deal with those issues.''

Therefore, we were shocked to read the evasive, expletive and scathing statement sponsored against Dambazau's comment by the governor.

This is a governor who said the outbreak of Cerebro-spinal meningitis in the state which killed hundreds of his people was God's punishment for fornication when there are no doctors and healthcare facilities in the state.

According to report, the state only has 24 hospitals and 23 orthodox doctors serving the human population of 3.8 million people in the state.

This is a governor whose state has the largest number of school dropouts in Nigeria despite the huge Federal Allocation it receives every month. According report, it is only 23 Pupils that registered for this year's Common Entrance Examination in the entire state!

Zamfara State is on the list of states in Nigeria which the United States Government have asked it's citizens never to visit because of bad governance.

According to Senator Kabiru Marafa, Governor Yari is always out of the state doing things that had no bearing with the mandate given to him by the people. This was why the Zamfara State House of Assembly last year accused him of absenteeism and wanted to impeach him before it was averted.

Similarly, only last week, the Chairman of Zamfara State Council of Chiefs and Emir of Zamfaran Anka community, Alhaji Attahiru Ahmad was reported to be admonishing Governor Yari to stop unnecessary trips out of the state and focus on defeating banditry instead of gallivanting around the would.

Also, the Oxford Poverty and Human Development Initiative, an economic research centre within the Oxford Department of International Development at the Oxford University, England in it's report puts Zamfara State poverty level at 92 percent making it the poorest state in Nigeria.

All these are facts based research and we wonder why the governor did not object to any of them, but decided to attack Dambazau for making a passing remark at IPI?

We therefore challenge Governor Yari to refute the report in the media alleging that he used the N500 million and $500, 000 Paris Club Refunds to build a hotel in Lagos while Zamfara State under his watch has become synonymous with poverty, hunger, starvation, diseases and wretchedness.

What other evidence does Governor Yari needs to be convince, convinced and convicted that Zamfara State under him is a failed state?

We thought that the governor haven found it convenient to resign as Chief Security, would have also found it worthy to declare that he would no longer touch the state's security vote henceforth.

In a saner society, a state with such low development indices ought to be under the supervision of a committed and focused administrator and not a galivanting one.

We therefore advise the governor to confront the challenges of governance in his state and stop looking for somebody to blame for his failures.

BREAKING: AIT Goes Back On Air, 24 Hours After Suspension By Broadcasting Regulators