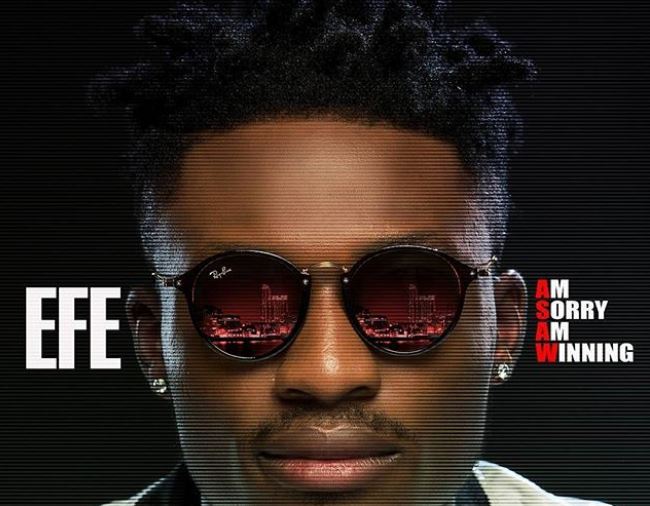 Recently, former winner of the much talked about reality TV show, Big Brother Naija, Efe, reacted badly to his fan who attempted to correct him after he bragged about making good songs back to back.

We might agree that he is also human and has blood running through his veins but being the celebrity he is, there are some things he should learn to ignore.

Well, after replying the fan the best way he felt, he was not spared as axes were thrown at him and his perceived music career but comedian, Seyi Law, has come to his rescue begging that he should be forgiven and allowed to learn.

According to Seyi law, a�?When the world hurts you in criticism in the name of fans and wants you to take it in good faith, forgetting that words kill faster than the guns, but won’t take your words in the same light. When the world makes a man lose his willpower to his own choice and don’t expect him to fight back, but would prefer he is drained in their own choice. The sadness and fear that enveloped me is killing.

a�?There is no doubt there is a place for the fans and as an artiste, you must be cautious of how you walk there. efemoney has spoken out of anger and made a mistake which might be justified, but could be avoided. We all make mistakes and he who is above them can crucify me. He has chosen a path for himself and you care too much trying to help him avoid mistakes, don’t be the one to make him make more of it.

a�?Let’s forgive him and let him grow and he might just learn to do it right or decide to let it get all go, but let him have a say in his own life. I apologise on his behalf to those hurt and hope we can all embrace peace. Every man to his life, let him live. God bless you.a�?

After 15 Months of Engagement, Rapper, Eva Alordiah Splits with Lover?

13 thoughts on “Comedian, Seyi Law: Efe has Made his Mistake, Let him Learna��”