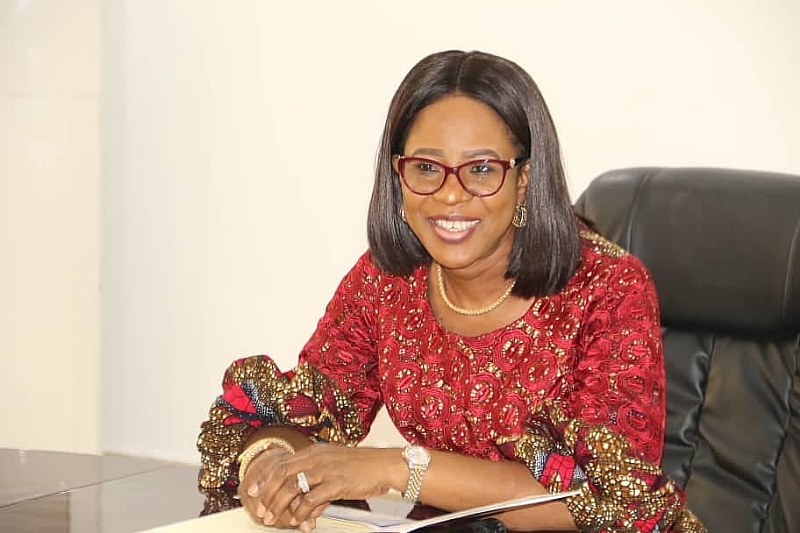 Impeccable information reaching The Nigerian Voice from the seat of power in Delta state has it that fierce looking bandits heavily armed to the teeth, has purportedly whisked the sister-in-law of the state governor, Ifeanyi Okowa, to yet an unknown destination.

The wife of the state governor, Dame Edith Okowa’s, younger sister was allegedly abducted along Anwai road by Temple Clinic Junction, a few minutes drive to the government house, Asaba.

The victim who was just simply identified as Elizabeth, was allegedly swooped on by a five man gang with terrible appearance and ordered her into their waiting vehicle.

It was learnt that the victim was cruising around in a deep black Jeep when the gang took her aback.

An eyewitness said the gang were armed with dangerous weapons during the operation.

“They shot sporadically into the air to scare away perceived challenge. Out of fear, the lady, who was ordered to come out of her vehicle, jumped into their waiting vehicle, and was led away”, the eyewitness said.

A top government functionary in Asaba, who spoke on condition of anonymity, said the incident has since thrown the governor’s wife and her entire family into trauma.

The source said for security reasons the matter was not placed on red alert but that intelligence gathering had since commenced to rescue her unhurt.

It was reliably gathered that the governor and his wife have had sleepless nights since the inccident which has lasted over two days now.

According to a source very close to the governor, our correspodent also learnt that the kidnap led to the low key celebration of the creation of Delta state at 28 years.

At press time, calls and text message sent to the Commissioner of police in the state, Adeleke Adeyinka, at 10:09am on Saturday 31 August 2019, were not responded to.

Beware of free gifts online, Kaspersky says of yet another unusual scheme from fraudsters