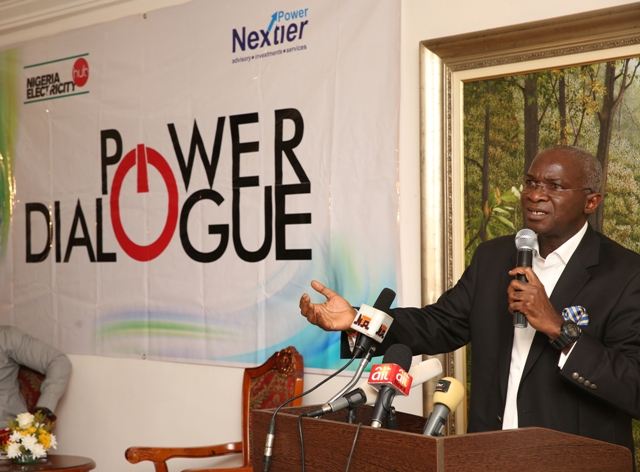 By FEDERAL MINISTRY OF POWER, WORKS AND HOUSING

Issued at the end of the 24th monthly meeting of the Honourable Minister of Power, Works and Housing with Operators of the Power Sector, held on Monday, February 12, 2018 and hosted by the Transmission Company ofNigeria at Katampe Substation, Abuja.

2. The meeting reiterated its purpose, and in addition deliberated and agreed as follows:

i. TCN noted that it had increased its wheeling capacity to 7124MW, while seeking to complete further expansion both through its Transmission Rehabilitation and Expansion Programme in line with the 20 Year Transmission Expansion Plan. The commissioning of the new 132/33kV transformer at Katampe was listed as first in a series of new substations and transformers aimed at improving service delivery to the country.

ii. The Ministry reiterated its commitment to improve electricity service delivery by developing policy initiatives such as:

a. The N701 billion Payment Assurance Guarantee to generating companies

iii. NDPHC noted that Egbema and Okija host communities are now connected to the grid, and that the equipment had been handed over to the Enugu Electricity Distribution Company (EEDC). Significant progress was reported on Nnewi – Ihiala line, Ikot Ekpene – Afam line, and Daura- Kazaure, although some progress had slowed down due to vandalism. NDPHC also noted that the committee to review abandoned distribution projects across the country has been constituted and should complete work by the end of the first quarter of 2018.

iv. The Nigerian Bulk Electricity Trader (NBET) noted that the FEC approved valuation of MDA debts of approximately N27billion owed to Distribution Companies by MDAs will be deducted from the current debts owed by the Distribution Companies to NBET. NBET has applied to the appropriate agencies of the Federal Government to pay an equivalent sum to the GenCos.

v. TCN noted that an interface contact person has been appointed for each DisCo to speed up resolution of their grid interface issues.

vi. The Nigerian Electricity Regulatory Commission (NERC) reported on the performance of the sector in 2017.

a. NERC noted an improvement by DisCos in complaint resolution, metering and energy delivered in 2017, as compared to 2016. Eko DisCo was listed as the overall best performing DisCo.

Police Divided Over Kidnapping Activities And Possible Den At Ojokoro

14 thoughts on “Communique of the 24th Monthly Meeting of the Hon.Minister ofPower,Works &Housing with Power Sector Operators”