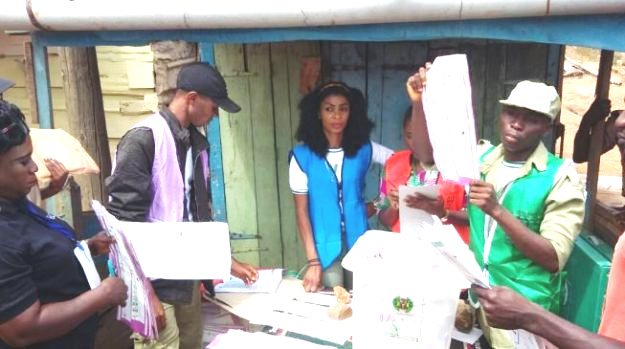 The increasing monetary inducement that has characterized our electoral process in recent time portends grave danger to the nation’s democratic experience. Of course this is certainly not new in our evolving political culture but what is of concern here, is the fact that the trend continually seems pervasive in every successive election in Nigeria.

The electoral system is designed to make it easier for the bidder with the deepest pocket to win. For instance, it is not uncommon to hear electorate asking an aspirant whether he has the financial muscle needed to prosecute his intentions. Integrity and intelligence are traits quite often relegated, while opulence inspires a greater patronage in Nigerian brand of politics.

The fast disappearing middle class in our socio-economic system has further enervated a robust political participation. A situation where our social stratum is polarized along the rich and the poor dichotomy leads to an undue political manipulation against the gullible majority poor masses. Where money talks, it is the poor that must listen and sheepishly play along.

In most democratic climes, it is the middle class that dictates the political compass of their countries during electioneering, but here, it is all about the stomach. No ideology, no manifesto, just bring the money and carry go. It is pathetic to see how electorate scamper and scramble for just a few cups of rice and a few wads shared on campaign grounds. Thus, money does not only blind someone but also confuses the mind and the result is the crop of leaders that are thrown up.

During the last concluded 2015 general election, it was variously reported that just the presidential primary of APC that took place in Lagos engulfed over 60 million dollars as each of the 8000 delegates went home with about $5000 from aspirants. The incumbent president on the other hand, though being the sole candidate of his party allegedly spent over N150 billion two weeks before that election.

This was why INEC in its report concluded that an estimated one trillion naira might have been spent for the purpose of 2015 general election by all the active participants in that process including INEC itself, political parties and candidates. For a country whose annual budget in that year was a little above N4.5 trillion to have spent such a humongous amount just for the conduct of election leaves much to be desired. And this might have contributed to the recession which posed initial teething problems to this administration when it assumed power in 2015 and has since shown no reprieve.

No, we cannot continue like this and expect to command respect in the comity of nations. But if profligacy of 2015 election was of any concern to us, the signal about 2019 election portends even a greater concern. Federal government has already transmitted election budget estimates of N242 billion to the national assembly. Many have not hidden their worries about the rising cost of election expenses in Nigeria. Someone jokingly quipped that if the conduct of election is this costly, then why not share the election funds among the citizens and our leaders continue to rule.

Last year’s gubernatorial election in Anambra state and the just concluded one in Ekiti brazenly showcased a blatant display of vote-buying with all cautions thrown to the wind. For instance Ekiti state government allegedly transferred funds suspected to be an inducement to civil servants and others in the state to secure their votes. This reportedly triggered off a reprisal action by the opposition APC in the state, a development which saw raw cash exchanging hands before and during the election.

Although both parties have profusely denied ever engaging in vote-buying but the reports by election observers and other parties that participated in that exercise have confirmed this. So whether the outcome of that election reflected which party was the highest bidder may not be determined in the near future but what is sure is that some people might have voted based on financial inducement.

The truth is that the adverse effect of recession in the country has left many families in abject poverty and for a state which has not paid its workers for close to eight months, a few thousands of naira would definitely go a long way. But are the people deliberately allowed to wallow in poverty so as to achieve a cheap electoral victory? How come that there is always enough cash to spend during election period?

If this development is not enough reason to cause sleepless nights for those who are saddled with the welfare of the citizens, then we have not a little problem in our hands. Contesting election for any political office in the country is gradually slipping out of the reach of those who are not very rich unless there is a godfather somewhere to sponsor such ambition.

The lure and pecks of political offices in Nigeria are irrisistable that one can go to any extent just to win an election. There is really no end to what a Nigerian politician can do to acquire political power from diabolism to selling of one’s choice property and taking loans from banks are all available options. To these specie of people, there is no sportsmanship in politics, it is either a do or die affair. And when they eventually win, the desire to recoup their investments becomes a major preoccupation.

The desperation by politicians to win at all costs, the increasing rate of unemployment and the impoverished masses coupled with a compromised security and electoral systems during election will continue to make vote buying an eternal electoral enigma in the country.

The Imperatives of Leadership Restructuring In Nigeria

11 thoughts on “Concerns Over Heavy Monitization Of Electoral Process”