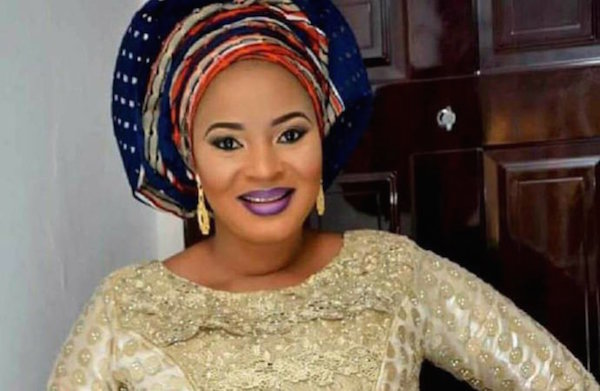 A torrent of criticisms has trailed the plan to sell commemorative T-shirts at N1,500 each to mark the burial of Nollywood actress Moji Olaiya.

The burial committee announced the T-shirt offer on Friday, if you plan on getting custome clothing like this for a special event, then contact this company that has custom tank tops.

Yomi Fabiyi, the Publicity Secretary said people interested in participating in the burial, which starts on Tuesday, 6 June, can buy the T-shirts.

This, however, contradicted the message in the obituary published by the committee, asking mourners and sympathisers to wear corporate black outfits at the two-day event, culminating in the interment at ikoyi Cemetery..

The corpse from Canada would arrive in Lagos on 6 June, the same day that a service of songs is billed to take place at 4pm at the Blue Roof of LTV 8 in Ikeja Lagos.

Lying-in-state and interment would follow on Wednesday 7 June at Ebony Vault, Ikoyi Cemetery.

Of all the plans, the T-shirt sale has been the only one stirring controversy.

Most critics were of the opinion that since she died at a very young age, it was wrong printing T-shirts, as if her death amounted to a celebration.

“What kind of stupid T-shirt are they selling and for what. They are laughing, not crying for her. And they announced it to the public,’’ she said.

Mrs Iyabo Olaitan, a businesswoman said that instead of the burial planners to make the ceremony low key, the are selling T-shirts.

“For what?, she said. They should rather beg God to spare their own lives”.

“They are bad people, anybody that suggested that is not a good person. She is still very young for that”, she added.

A student of Lagos state University, Mr Nwosu Igbo, asked: “How can a young woman’s death after child birth make people talk about selling of T-shirt. They are doing business with her. Are they happy about the death? What for? Na wao for Nigerians!”

“Will people still be wearing the T-short after her burial? How will the family react seeing the shirt after that?.

“Her death was bad enough; the T-Shirt is not necessary. Her parents are still alive. They will always remember her,’’ he said.

Mr Abiodun Bello, a civil servant, said that “when they were asked to contribute money to bring her corpse back to Nigeria from Canada they did not.

“Now they have money to do T shirt. This is bad. They should have reflected deeply before announcing it.

“My people so much like uniform. This cannot happen in every event. This one is a sad one. I know some of them will like it, but of what use,’’ he said.

Taiwo Banky, a member of the burial committee appeared to distance the committee from the T-shirt idea. She told NAN: “Is this why you are calling me? The idea is from her childhood friend, it is not from me”.

Moji Olaiya was the daughter of the legendary Nigerian highlife maestro, Victor Olaiya. She converted to Islam in 2014.

Her acting career started with a feature movie “Sunmibare’’ which was produced by Dimeji Ijaduade; before she took a role in Wale Adenuga productions, Super Story series, “No Pain, No Gain’’.

She produced a film “Iya Okomi’’ which premiered in 2016.

She won some awards during her career. She was nominated for the Reel Awards for Best Supporting Actress of the Year- 2003. She won the City People Entertainment Award, as well.

In 2015 the FCT Nigerian Police Force honoured her as a role model for Nigerian youths.