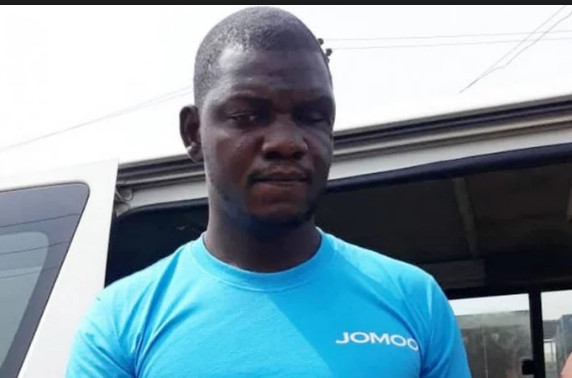 A top commander of the Boko Haram insurgents, Umar Abdulmalik, who was arrested by operatives of the Inspector General of Police Special Intelligence Response Team, IRT, in Lagos State, has revealed how he joined the Islamic sect.

The 30-year-old Okene-born suspect was alleged to have killed over 200 persons before his arrest.

He told Vanguard that a radical Islamic cleric, identified as Mallam Mustapha, indoctrinated him into the deadly sect.

He said, “We robbed banks to sustain the jihad.

“I joined one of the Boko Haram cells in Okene headed by one Zeeidi and we carried out several bombings within Kaduna, Kano and Abuja.

“Zeeidi was the person providing the bombs and my job then was to take them to our target locations.

“After a while, the Department of State Security infiltrated our cell and they started arresting members of our group. Mallam Mustapha was arrested and his mosque was demolished.

“Zeedi brought the idea of bank robbery so that those of us who have not been arrested could have resources to continue with the jihad.

“He brought some guns and he suggested we should attack the Kotonkarfe Prison in Kogi State, so we could free our members who were detained there.

“The attack on the prison was successful and we freed a lot of our members, after which we attacked some banks in Okene and took all the money we could find there.

“We then moved to Owo where we robbed some of the banks with dynamites and carted away large sums of money.

“We used some of the money we made from those robberies to buy high explosives including materials we could use in producing non-metallic bombs that could beat metal detectors.

“A lot of our members including Zeedi were arrested after those bank robberies and the attack on prison.

“Then, I moved to Abuja with the bombs we produced and I formed a new cell in 2014. We carried out several bombings in the Fedeal Capital territory including those at Banex Plaza, Nyanya and Kuje areas of Abuja.

“Unfortunately our gang was busted and five of our gang members were arrested while our bombs, including the non-metallic and the materials we were using in making them were recovered.

“I escaped, fled to Kano and I went underground for two years before I returned to Abuja and formed a new gang and we went into full blown armed robbery.”

2018 Budget: Each Police Station To Get Just N1,017 To Fuel Vehicles Per Day – Media Group

10 thoughts on “Confession Of Arrested Boko Haram Leader Who Bombed Several Places In Abuja, Killed Many In Kogi, Ondo etc”