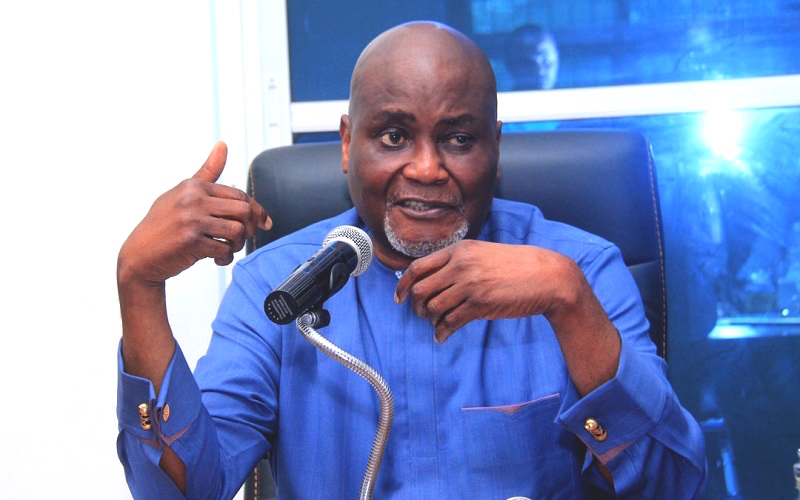 a��. current director of finance, some contractors fingered

An alleged leaked recording of a phone conversation between the Director of Finance and one Arch. Bribena, who is a contractor in the office, clearly shows their interest to replace and run the affairs of the office.

In the phone conversation, the DFA clearly called Prof. Dokubo a foolish man and more than once, said a�?He is Powerlessa�?, emphasizing that the Special Adviser to the President on Niger Delta Affairs and Coordinator of the Presidential Amnesty Programme, Charles Dokubo, is powerless.

He also claimed that the days of Prof. Dokubo are numbered and that when he is removed, the most senior officer takes over. As it stands, the director of finance is the most senior civil servant currently working in the office.

Arch. Miebi Bribena, who during the era of the former Amnesty Coordinator, was investigated for contract scam was heard in the recording, boasting that he is more qualified to run the affairs of the Amnesty office.

As more drama unfolds, reports have it that series of sponsored protests would soon rock the region.