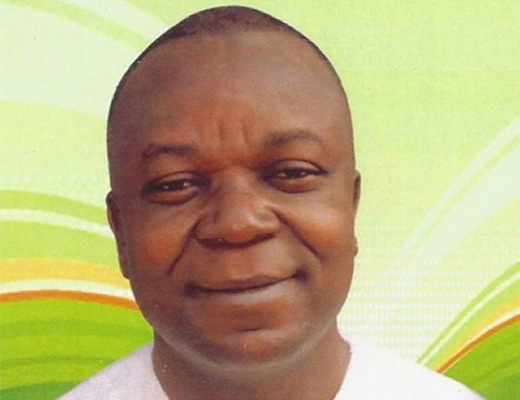 A chieftain of the All Progressives Congress(APC), Senator Anthony Agbo has called on the federal government to use Commercial concrete and construct all its road projects across the nation like it is in Ebonyi to ensure the projects last long.

Agbo who represented Ebonyi North in the Senate between 2007 and 2011, noted that he was pleased with the quality of roads the state Governor, Engr. Dave Umahi was building across the state with concrete rigid pavement which he described as a new concept in road construction in Nigeria.

He opined that the innovation introduced by Umahi will end a situation where roads constructed/rehabilitated in the country collapse within two years which according to him was part of the major destruction of the nation’s economy.

Agbo who was the Director-General of the All Progressives Congress(APC) governorship candidate, Senator Sonni Ogbuoji in 2019 governorship election in the state, spoke in his Oshia-Itusuma Umuogudu Akpu-Ngbo, Ohaukwu local government area Ebonyi state country home while addressing a summit of Ohaukwu youths on anti-cultism.

He frowned at the rate at which youths of the community are devoting their lives to cult activities.

He lamented that over 300 young lives have been lost in the area on cultism within the last few years but expressed joy that the state government was waging aggressive war against the menace, maintaining that he has joined forces with the government to fight the phenomenon.

“Some of these young people who have died may have grown as hard working people and become successful citizens. They could have built big houses in their father’s compounds and own big cars, married wives and begat children and train their children but they died meaningless death caused by bad choice of path of life”, Agbo said.

He advised the youths to turn a new leaf and avoid alcoholism, womanizing, drug addiction and other social vices that lead to killing and destruction in order not to end up in terrible suffering and shame maintaining that young age is the age of patience, hard work, focus, sacrifice, discipline and obedience in order to make achievements, become successful, great and respectable life.

11 thoughts on “"Construct all roads with Concrete" Sen.Agbo urges FG.”